The hustings was organised by the National Pensioners’ Convention and the panel included the organisation’s general secretary Dot Gibson.

They were told that this was because their parties have no councillors in Brighton and Hove but Mr Chandler was given time to speak from the floor. 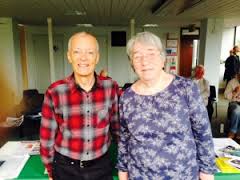 Each speaker set out their stall to a responsive audience and took questions on a range of issues.

Mrs Gibson began: “There is everything to be fought for before the next general election.

“This is not just for today’s pensioners but for future pensioners – our children and our grandchildren. Goodness knows how long the child in the pram will have to work.”

Mrs Gibson called the National Employment Savings Trust (NEST) scheme a fraud, saying that the National Insurance Fund should suffice and the proposed single-tier pension will amount to less than the full state pension.

Nancy Platts said that 1.6 million pensioners living in poverty was a national scandal with many describing themselves as “surviving”.

Ms Platts said: “Too many pensioners are choosing between heating and eating. We need a strong voice fighting the energy companies.”

Clarence Mitchell said that his party had protected pensioners who “play by the rules” as shown by the scrapping of fuel duty rise, the “triple lock” guarantee, new single ISAs, pensioner bonds and more.

The triple lock guarantee was brought in by the coalition government four years ago. It was aimed at ensuring the state pension rises each year by the rate of inflation, average earnings or 2.5 per cent, whichever is higher.

Mr Mitchell said: “I do feel there are improvements to be made to the triple lock system but we’re not just for pensioners, we’re on the pulse of the whole country.

“We cannot just pour money at this.”

Mr Jones said that all the major parties supported austerity and that pensioners contributed £45 billion in taxes last year alongside unpaid care work.

He said: “Pensioners did not cause the economic crisis – bankers and their rich friends in the Conservative Party did.”

Ms Platts and Mr Jones both said that pensioners in the least deprived parts of the city, such as Moulsecoomb and Whitehawk, were worst affected and pensioners should not be thought of as one homogenous group.

Mr Chandler said that it had been a discourtesy not to be invited and that UKIP should also be heard.

He said: “It was young people who have lost out the most from cuts. Pensioners did well out of this government.”

Candidates were asked what they would do about the single-tier pension applying to men but not to women born in April 1953.

Mr Jones called the policy a “disgraceful anomaly” with Ms Platts pledging to support the campaign to put it right.

Mr Mitchell said that the policy had not tried to discriminate on the grounds of gender but the effect was wrong. 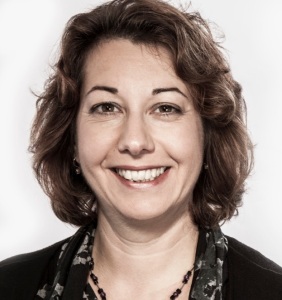 The debate moved to the issue of care quality, in particular timed care sessions and security of tenure in sheltered housing.

Mrs Gibson said: “Care is a vocation and people are expected to do it on peanuts.

Mr Jones said that care was put to the bottom of government priorities, with Ms Platts calling timed care sessions “completely ridiculous” and Mr Mitchell speaking in support of the living wage where employers could afford it.

A section of the evening centred on NHS cuts and privatisation, with Francis Tonks, from the Older People’s Council, and an NHS campaigner saying that their generation valued the service hugely.

Ms Platts said: “I do not buy this argument that we have no money to fund the public sector. We are one of the richest countries in the world.”

Ms Platts’s promise to repeal the Health and Social Care Act was applauded, with Mr Mitchell saying that outsourcing services was supported by Conservatives where it improves quality.

Mr Mitchell said: “Privatisation is not a dirty word. The NHS will still be free at the point of service.”

A final question from the audience asked candidates whether it was fair for pensions to be linked to the lower Consumer Prices Index (CPI) for inflation rather than the Retail Prices Index (RPI).

Mr Mitchell said that RPI was the more constant figure while Mrs Gibson said that the agreement disadvantaged pensioners.

She said: “It’s actually very simple. CPI is lower, RPI is higher and CPI is what our pensions are linked to and RPI is what our spending is linked to.”

Each major party claimed the successful triple lock in the course of the evening, with Mr Mitchell saying Conservatives passed it, Mr Chandler that it was the Lib Dems and Mrs Gibson saying Labour suggested it.

Resident Anne Barry, of Brighton Gate, said afterwards that she was angered by Mr Mitchell’s claims that the Conservatives were fiscally responsible.

Mr Mitchell said in an interview: “The people who come along are quite a radical audience, quite politically minded.

“I do not feel I was given the chance to speak properly tonight.”

The hustings for older people was chaired by Andy Winter, chief executive of Brighton Housing Trust (BHT) and supported by the Brighton and Hove Independent. It was held from 6.30pm to 9pm in the Brighthelm Centre.