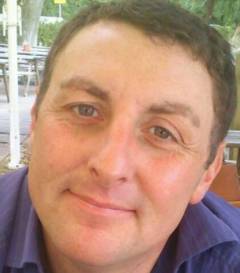 A Brighton man has accused the Jobcentre of victimising him and making it harder for him to find work.

Unemployed copywriter Peter Styles, 43, raised his concerns after being told to sign on each day and was then “sanctioned” – had benefit payments withheld.

He has since made an official complaint and started a blog which has attracted tens of thousands of hits and which has been reported in The Guardian.

His story has also been covered by Latest TV – see below.

In his first blog entry Mr Styles wrote: “I have been actively seeking work for a year since the company I was working for ceased trading.

“Recently I was ordered to sign on a daily basis – a measure I took objection to.

“Despite this, I continued to diligently look for work while voicing my opposition to Iain Duncan Smith’s draconian and ill-thought out measures.

“On (Friday) 7 November I was sanctioned by Brighton Jobcentre despite 67 (yes folks that’s 67) separate jobseeking actions in the last fortnight.

“I believe I have been singled out for discrimination for daring to object to government policy.

“I have appealed against this decision and put in an official complaint but am looking to raise awareness of this case and seek a review of the powers DWP staff have to make their ‘clients’ comply with their unreasonable wishes under the current Work Programme.”

In a follow-up entry Mr Styles wrote: “Over the last year since losing my job I’ve been applying for up to 15 jobs a day, securing at least an interview a month and doing whatever I could to free myself from an increasingly precarious financial position.

“I have a good degree and an arguably impressive work record stretching back 20 years but that elusive appointment seemed just out of my grasp.

“Just over two weeks ago I was told at a fortnightly signing that I would be forced to attend and sign every day.

“I objected to this and said it would be completely counterproductive and demoralising but the law is the law and the DWP staff seemed only too willing to carry out Iain Duncan Smith’s ill-thought out, vindictive and distinctly unhelpful measures.

“I made my opposition to daily signing obvious to staff and, though I may have been brusque and irritated by this massive invasion into my personal freedom and movement, did not swear at the workers.

“Their response to my passive opposition? To be ordered to sign alone in the screened area every day, being made to feel like some kind of offender.”

Mr Styles has been signed off with stress for a month by his doctor which has made him ineligible for jobseekers allowance.

But despite not having to go to the Jobcentre in Edward Street each day, he is still searching for work.

He added: “If anyone needs someone with experience as a journalist, journalism and public affairs lecturer, content manager, PR or copywriter or related disciplines please step forward.

“I’d be delighted to hear from you and end this insane chapter of my life.”

“In return we expect jobseekers to do everything they can to find work.

“This may include daily signings to ensure people treat looking for a job as a job in itself.

“We take all complaints seriously and equally we expect our staff to be treated with respect.

“Thanks to the dedication of our staff and the determination of jobseekers, the number of people in employment has risen by thousands in Brighton over the past year.”