A Hove Liberal Democrat candidate has criticised the Conservatives for abdicating their responsibilities in the council tax debate.

Jeremy Gale, who is standing for Brighton and Hove City Council in Central Hove in the local elections next May, said that setting the budget was crucial.

He spoke out after the Conservatives abstained in a key town hall vote earlier this month and indications that the party may back a council tax referendum. 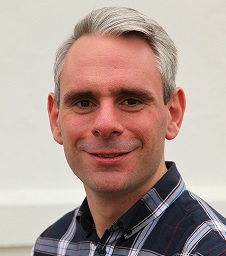 The possibility of the Tories abstaining so that the Greens’ proposed 5.9 per cent council tax rise is put to a citywide vote is reported in the Brighton and Hove Independent today (Friday 19 December).

Mr Gale said that if the Conservatives failed to engage in the council tax debate, council tax payers could be landed with a six-figure bill for an unnecessary referendum.

He said: “The council’s primary role is to budget and deliver the services needed across our city.

“By refusing to engage in the debate and shape the way in which our city is to be run for the forthcoming year is tantamount to shirking their responsibilities.

“The debate is a crucial element in forming the budget that will fund our services for the coming financial year.

“The opposition’s role is to scrutinise the budget and offer ways to amend it, not to remain silent offering no alternatives to what is laid down in front of them.

“Year-on-year, up and down the country, Lib Dem controlled councils have delivered a freeze in council tax and delivered services to their residents.

“That said, I’d urge councillors from all sides to come together and deliver a budget that is the lowest burden on the council tax payers of Brighton and Hove.”