Brighton Pavilion MP Caroline Lucas has stepped up her campaign to bring the railways back into public ownership as fares rise again.

The Green MP has written a first-person piece for the Brighton and Hove Independent a week before her Railways Bill is given a second reading in the House of Commons.

Fares for commuters went up 2.2 per cent from today (Friday 2 January).

On Monday (5 January) Brighton Kemptown Labour candidate Nancy Platts said that she would be joining the “Action for Rail” demonstration outside Brighton Station from 7am to 9am.

Caroline Lucas wrote in the Independent: “If, on Monday morning, you hop aboard a train, you’re in for a nasty surprise.

“Or not, perhaps – the new year rail fare rise is, sadly, no shocker.

“We have some of the highest fares in Europe, and they continue to rocket; the average ticket price has soared 25 per cent under the coalition government, vastly out of line with wage rises.

“Brighton’s commuters to the capital are coughing up serious cash for their journeys – to the tune of more than £5,000 a year for some.

“These same companies then turn over an estimated 90 per cent of their operating profits to shareholders.

“In a nutshell, we pay for rail boss bonuses, and we’re left with cramped trains, unreliable services and miserable, all too familiar delays. Not the best deal.

“Privatisation has been a comprehensive failure. We can keep puffing along with the same punctured system, ignoring the check engine light, patching up problems, and paying ever more for ever less.

“Or we can fix the fault at the source.

“It’s time to shift gear and bring our railways back into public hands.

“Which is just what my Railways Bill, which gets its second reading next week, seeks to do. 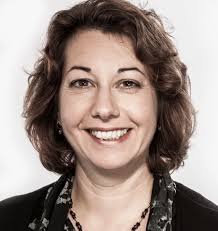 “And it’s no dewy-eyed throwback to a 1970s British Rail. The modern, efficient, clean, affordable services enjoyed in other parts of Europe offer a much better blueprint than our own past.

“At a conservative estimate, around £1.2 billion is lost each year as a result of fragmentation and privatisation. This is money that could – and should – be re-invested to improve our services and reduce fares.

“Yet just last month, the government announced plans to re-privatise the East Coast mainline – a dreadful deal for passengers and taxpayers.

“In the five years it’s been run by the public sector, East Coast returned nearly £1 billion to the taxpayer, as well as increasing passenger numbers, introducing a new timetable, improving punctuality, and establishing industry-leading approaches to waste recycling and reducing carbon emissions.

“The decision to reprivatise was clearly not made in the public interest.

“Passengers and taxpayers should be at the heart of such decision-making.

“Thankfully, Labour has hopped back aboard. Well, a bit. Unwilling to fully commit, they appear to have one foot on, and one off. Tricky on a train.

“In reality, of course, there’d be little competition at all. Either you believe in a public railway, or you don’t.

“Franchises should be brought back into public ownership as they either fail or their contracts expire.

“As it stands, our hands (and wallets) are being used to prop up a failing system for private gain.

“Many of my constituents – lots of whom rely on the services regularly – are struggling with the constant unfair price hikes.

“On Monday morning, I’ll be joining them to rally against the rises.

“I’ve met with rail operators and have made the case for a freeze on fares and more flexible, part-time season tickets, as well as lobbying for services to be expanded and for a second Brighton mainline, to ease overcrowding.

“But the only long-term solution to high fares and poor services is to bring the railways fully back into public hands.

“There’s a great deal of public and political support for my bill. And we know that with the right political will and public pressure, reform can happen.

“Change will not come easily. It means admitting the system has failed.

“But demonstrating that courage of conviction would make for a railway to be proud of again. And, just possibly, even a parliament.