Brighton Museum to charge £5 for admission

Brighton Museum is to charge non-city residents £5 admission in a bid to help plug the council’s budget gap.

The new charge will come into force from May 1 this year, and is expected to net Brighton and Hove City Council £200,000. 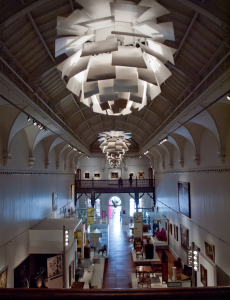 A report to the council’s economic development and culture committee which meets next Thursday says: “In support of the 2015/16 budget strategy and the need to deliver savings, it is proposed to introduce admission charges for the first time to Brighton Museum.

It adds: “It is anticipated … museum visitor numbers will drop by 50% following the introduction of admission charges.”

As with the Pavilion, concessions will be available for pensioners, disabled people and those on low incomes – and a joint ticket covering admission to the museum and Pavilion will be introduced.

The report also details increases in charges across the council’s leisure facilities.

Free use of library computers will also be limited to one hour, with a £1 an hour charge thereafter.

A proposed charge for the popular Baby Boogie sessions at the city’s libraries has been scrapped, and replaced with a call for donations at a suggested rate of £1 per child.

However, child’s craft activities will be charged at a minimum of £1 per participant, and book groups will have to stump up £30 a year.