Police have named a man they want to interview about a vicious attack on another man in Brighton. 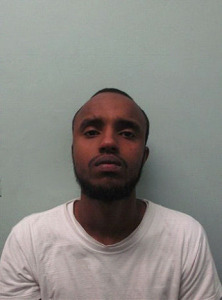 The attack, which took place in August outside the NatWest bank in North Street, left a young man desperately fighting for his life.

Hussein Bashir Ali, 25, who comes from the Hornsey area of North London, has not been seen since he was spotted outside a Hornsey address the day after the attack in August.

Detectives hope that people in that area of London, where he has lived for many years, may be able to help provide information that will lead to his being traced.

The attack, in which the victim was stabbed across the neck occurred after several altercations in Castle Square, Brighton, outside the Be At One bar, elements of which moved to outside the nearby NatWest bank shortly before 5am on Sunday, 10 August.

A 22-year-old Hungarian man who lives in Brighton lost so much blood that it was the only the first aid administered at the scene that saved his life. He spent three days in hospital recovering.

Ali, whose photograph police are issuing today, is described as black, 6ft, of slim build with short cropped hair and a beard growing along his jaw line and on his neck.

Detectives are also making enquiries in France, where Ali has family and has lived previously, through Interpol. 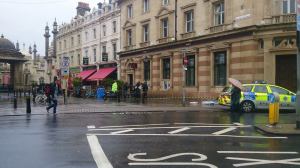 North Street the morning after the stabbing. Picture by Rebecca Bunker

“You can also call the independent charity Crimestoppers anonymously on 0800 555 111.”