Controls on shared houses are set to be extended to other parts of Brighton and Hove where there are high concentrations of bedsits. 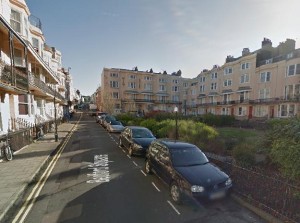 The licensing of smaller houses in multiple occupation was introduced in wards along the Lewes Road where there is lots of student housing in 2012.

The council has hailed this a success, with 95.8% of properties told to improve fire safety, and extensive insulation work carried out.

Now, it is proposing to extend licensing to the wards of Brunswick & Adelaide, Central Hove, East Brighton, Goldsmid, Preston Park, Regency and Westbourne.

Cllr Bill Randall, chair of the housing committee, said: “Private rented housing accounts for about 30 per cent of all the city’s housing, and the council has a duty to make sure these homes are safe, healthy and well-managed. This is particularly important in HMOs. Having started the work in the student areas, we are now addressing the city’s more traditional ‘bedsit land’ where we expect to find many older tenants and many people living on low incomes.

“I would like to thank the many good landlords who have co-operated with the council over the introduction of the scheme and those residents who have told us about HMOs that less scrupulous landlords have failed to register.

“The housing committee has approved my proposal to publish a public register of HMO landlords on the city council website, to help those residents who want to raise issues about the management of HMOs in their neighbourhoods.

“Meanwhile, we want to hear everyone’s views on plans to extend licensing to more HMOs across the city.”

The scheme was introduced following the growth in the private rented sector and the increasing number of smaller HMOs.

A range of issues emerged, including higher levels of noise complaints, anti-social behaviour, inadequate fire safety and health inequalities. The aim is to improve the management of HMOs and standards.