Cancer is the biggest cause of premature death in Brighton and Hove. It claims the lives of 30 per cent of all adults who are under 75 when they die. Locally there has been a decline in the death rate – or mortality rate – but it’s been nowhere near as significant as it has been across the rest of the country.

Seventeen local doctors’ surgeries took part in an audit which found that four out of ten cancers could be prevented by people adopting healthier lifestyles. Smoking and drinking were flagged up. Being overweight doesn’t help, while exercise does.

Encouraging patients to go to the doctor promptly when they have worrying symptoms can be crucial. Correct early diagnosis and timely consultations, scans and follow-up appointments are also vital. Many professionals realise they could do more to monitor patients known to be at risk, chase up those who miss appointments and those who don’t come for screening. 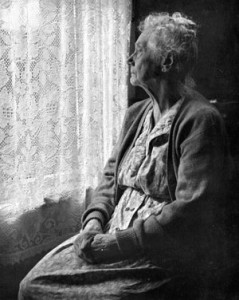 A similar picture emerges with the next main causes of avoidable deaths – heart disease, lung disease and diabetes. A report to members of Brighton and Hove City Council spelt out some of the issues around all three conditions. Two thirds of those who died prematurely were men and the death rates were “significantly higher in Queen’s Park, East Brighton, Hollingdean and Stanmer and Moulsecoomb and Bevendean wards”.

A separate audit by the Brighton and Hove Clinical Commissioning Group – known as the Preventing Premature Mortality Audit – involved every GP surgery in the city. The level of buy-in was described as “a first for this type of work across the country”.

Katie Stead, the GP lead for primary care quality and public health in Brighton and Hove, and Kate Gilchrist, the head of public health intelligence, presented their findings to councillors last week. This was the first stage in trying to tackle the underlying problems, they told the council’s Health and Wellbeing Overview and Scrutiny Committee.

Already the council and health chiefs have agreed to take on six more health trainers to help people with chronic conditions clean up their lifestyle. There are already four. A report by Dr Stead and Ms Gilchrist said: “The health trainer programme is a cost-effective and well-evidenced approach to reducing health inequalities and improving health outcomes.”

They found that patients who died prematurely tended to have suffered ill health, often requiring time in hospital. More than a third had been to the Accident and Emergency (A&E) Department. Helping them to stay fit and to eat, drink and smoke less is cheaper than having them repeatedly stay in hospital.

Some of the patients appeared to have been lonely or isolated, with a complex mix of medical problems rather than just one condition, sometimes including mental health problems. Deprivation and depression went hand in hand with too much drink in some cases. Housing could also be an issue.

Separately, a local campaigner Jean Calder spoke out about the care of elderly people during a discussion on The Vote on Latest TV. She cited a study last month in the Journal of the Royal Society of Medicine. It suggested that patients admitted from care homes were much more likely to be dehydrated and at risk of dying while in hospital.

She said: “We as a society do appallingly in terms of the care of our elderly people. More and more information (is) coming out about poor care in care homes and nursing homes. There’s been a recent study … if you go into hospital as an elderly person, you’re five times more likely to be dehydrated if you’ve come from a care home than if you’ve come from your own home.

“They were speculating that this is because in care homes perhaps people are deliberately not being given enough fluid because of problems about incontinence. That may well be one reason. I suspect that the problem is far greater. You’ve got a huge number of premature deaths and we’re just not looking at it properly.”

Recent clinical audits and follow-up action suggests that doctors locally are trying to tackle the high level of premature deaths in Brighton and Hove. It is acknowledged that there is still some way to go.