An interim head for City College Brighton and Hove will step in next Wednesday following the departure of Lynn Thackway. 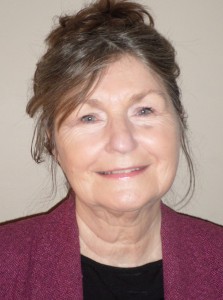 Monica Box, who has a track record of stepping in as a temporary college head during times of change, will be joining the college as interim principal and CEO.

She said: “When I visited last week I was very impressed with the passion and pride of governors and staff for both the college and the communities served by the college.

“This kind of commitment is half the battle in any organisational success and I very much look forward to assisting in the creation of a bright future for City College Brighton and Hove.”

She has been in principal roles for the past 15 years, having spent her entire working life in education, starting out as a teacher in a Manchester High School.

She progressed to head of department roles and a deputy principal position before taking up her first Principal role in 2001 at Calderdale College in West Yorkshire.

Latterly, Monica has worked as an interim at a number of Colleges, including City College Manchester, South Kent College – delivering the stabilisation plan after considerable challenges where identified at that institution, Kensington & Chelsea College and was most recently interim CEO at Barnfield Federation.

Julie Nerney, Chair of City College’s Board of Governors, said: “Monica brings a wealth of experience, coupled with a strong people focus and the Board are confident that she will bring clarity, focus and an open leadership style to the College over the coming months.

“This appointment will create the time and space for the recruitment process of our new permanent post holder, which will start in early March.

“We will also be looking to make permanent appointments to this post and the two other vacancies in our Executive Team.”

Lynn Thackway quit for family reasons last month, after months of controversy over the rebuilding of the college’s Pelham Street campus.

The college has been under fire from unions following the shedding of scores of jobs last year. Following protests, the number of full time equivalent posts lost dropped from 60 to 50, with no compulsory redudancies.

It has also been dogged by reports since summer last year that its suppliers are owed many thousands of pounds.

Meanwhile, the college is pushing ahead with a £79m redevelopment of its North Laine campus.

Could same gang of Brighton muggers have struck three times?