A Hove nursery has been named and shamed by the Government for failing to pay one of its staff the minimum wage after her apprenticeship ended. 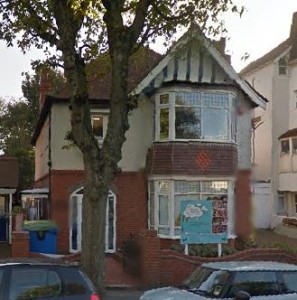 But the owner of Young Friends Nursery in Holland Road has hit back, saying it was a genuine mistake and contracts were now rewritten as a result.

The nursery is among 70 firms named today by business minister Jo Swinson as part of its minimum wage crackdown.

The government says the nursery was investigated by HM Revenue and Customs and was found to have neglected to pay £6,789.71 to one of its workers.

But owner Richard Lloyd-Evans likened the compilers of the list to traffic wardens desperate to meet targets.

He said: “Some companies will be relevant and need to be listed, but they put as many companies as they could on the list, like traffic wardens.

“It’s not on, lumping us in with gangs bosses bringing in labour and paying them a tuppence ha’penny.

“We have a happy bunch of employees who are paid well – amongst the top levels in this city.”

He said the worker in question had started work for them two years ago as an apprentice, but after council cutbacks delayed her training, she had decided to abandon the scheme.

However, confusion arose and she ended completing her original contract with the nursery on the apprentice wage.

After she left, her father complained to the HMRC and the nursery was ordered to pay her the money owed, plus a £1,600 fine, he said.

It also worked with the national minimum wage department to rewrite its contracts to prevent this happening again.

Mr Lloyd-Evans says the fine has since been refunded to his bank account, although a letter and subsequent phonecall he made failed to explain why.

Business Minister Jo Swinson said: “Paying less than the minimum wage is illegal, immoral and completely unacceptable. Naming and shaming gives a clear warning to employers who ignore the rules, that they will face reputational consequences as well as financial penalties of up to £20,000 if they don’t pay the minimum wage.

“We’re working hard in areas where we know there are particular problems, like the care sector, to make sure staff are paid fairly for the hard work they do.

“We are legislating through the Small Business, Enterprise and Employment Bill so that this penalty can be applied to each underpaid worker rather than per employer.

“We are helping workers recover the hundreds of thousands of pounds in pay owed to them as well as raising awareness to make sure workers are paid fairly in the first place.”