Spanish anglophile has West Pier tattoo on his arm

A Spanish man has got a large tattoo of the West Pier on his arm after falling in love with it during a trip to Brighton.

Ivan David Sánchez, 37, became an Anglophile after studing English as a break from his “dull” call centre job in Barcelona.

He decided to take a trip to Brighton and was entranced.

He said: “From the very first day I was astounded with its streets, shops, museums, people.

“But it was when I was walking along the beach that discovered the West Pier and it really left me in shock.

“I was right in front of it and I just could not believe that there was such a structure in the middle of the sea so beautiful and lonely. I really wanted to touch it and feel it.

“A friend of mine explained to me the sad story of the tragic fire that left it in that state. I must confess I felt a mixture of sadness and anger.” 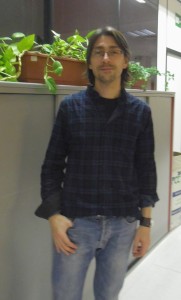 In 2011, he moved into a flat in Telscombe Cliffs and got a job on the Palace Pier, where he was able to imagine what it must have been like to work on the pier in its heyday.

Now living back in Spain, he decided to get a permanent reminder of it inked onto his arm.

He said: “I am a curious person and the West Pier history is something that has been fascinating me. It was built in 1866, but it was the fires in 2003 which more sparked my interest.

“And taking into account that we all know what its end will be, I decided to tattoo the pier and so at least I keep a little piece of its enduring history in my body.”