One in three Brighton and Hove businesses affected by suicide

A Brighton charity is offering businesses training in dealing with suicide as a survey suggests as many as one in three city companies have been affected in some way. 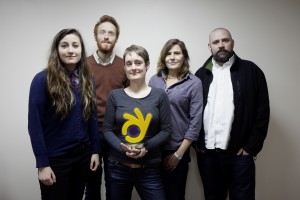 Grassroots Suicide Prevention charity wants to give city staff the skills to prevent suicide and talk about its effects.

Brighton and Hove’s suicide rate is nearly twice as high as the average for the South East and England as a whole.

The charity is currently compiling data which so far shows more than 30% of businesses in Brighton and Hove have been impacted by suicide.

And 20-40% of the employees of those surveyed are known by their bosses to be experiencing mental health problems in the workplace.

Chris Brown, director of Grassroots, said, “Businesses are uniquely placed to reach out to their staff and colleagues who might be thinking of suicide.

“Most people who die by suicide are of working age and many will be in employment.

“One in 20 of us consider suicide in a two week period and business people are no different. Together we can help make our city safer from suicide.”

Their goal is to have 100 businesses signed up by World Suicide Prevention Day on September 10 as part of Grassroots’ initiative to develop Brighton and Hove as the UK’s first suicide safer city.

If you are worried about someone or feel that your business could benefit from this training then click here to take the pledge, sign up for the free suicide alertness training or fill out the survey.