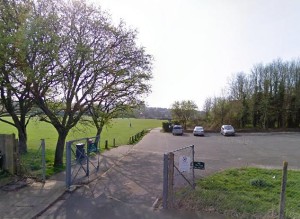 Brighton and Hove dog walkers are being warned to be on their guard after a spate of suspected poisonings in city parks.

The latest reported victim was a dog which is said to have died yesterday after being walked in Greenleas recreation grounds in Hangleton.

RSPCA Brighton said this morning: “Unfortunately, there has been another report of a dog dying.

“Please be extra vigilant when walking your dogs and if they are prone to wandering off out of your sight perhaps for the time being keep them on a lead.

“If you live anywhere near the areas that dogs have been poisoned, think about your cats wandering around these areas too.”

Writing on the Brighton Dogwatch Facebook page, which has been at the forefront of warning dog owners of the incidents, Donna Akin said last night: “Only two weeks ago my dog was in vets for two nights with severe sickness and were convinced she ate a little poison.

“We are so scared to leave our front door with her and this now being so close to home.

“The people doing this needs poison put down there throats and see how they like it.”

Brighton Dogwatch said: “Sadly we’ve had yet another report of a dog being poisoned and even more sadly this time the dog has died.

“This time the dog ate poisoned pellets found in Greenleas park in Hangleton. We’ve heard reports from all over Brighton and we’ve also been asked what we should do about it.

“The truth is we don’t know – we’re just like you, members of the public with dogs who are worried sick about this.”

The page administrators have now set up a sister Facebook group for people to discuss what action the community can take to prevent more poisonings.

Southdown Vets, in New Church Road, Hove, has also warned people to be on their guard. It said: “Unfortunately there have been a number of cases of dog poisonings in the East Sussex area, mainly Hove and Portslade. We have seen some cases as well as other local veterinary practices.

“Dogs are picking up what seem to be rat/other poisons that have been purposely added to food such as sausages, other meats, dog treats and we have even seen grains/seeds etc.

“Poisons are coloured but cannot be easily detected by owners, especially as many dogs that are let off the lead will go and eat these poisoned foods without owners realising.

“These situations can be fatal if not seen in time. However, some signs do not always become prominent until it’s too late.

“We ask for all dog owners to be very careful in local parks, walks and woodlands especially if you have an off-lead or greedy dog. It is a very sad and unfortunate situation for both pet and owner.”

Southdown issued this list of signs of poisoning to look out for:
• Vomiting
• Diarrhoea
• Seizures
• Blood in the stool
• Lethargy
• Loss of appetite
• Bruising
• Nose bleeds
• Irregular heartbeat
• Inability to urinate

It added: “Should you feel that your dog or a dog in your care has any signs or you feel they have picked anything up which could be harmful, do contact us immediately.

“We hope that this cruel act stops very soon, as innocent dogs are being put into dangerous and fatal situations.”