Man found unconscious on Brighton seafront in the early hours

Police are appealing for witnesses to an assault on a 21-year-old man who was found unconscious outside the Thistle Hotel in Kings Road, Brighton. 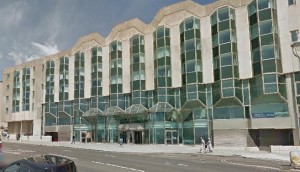 The victim was making his way home at 2am on Saturday, 10 May when he was chased by two men who attacked him.

He suffered a broken jaw which required metal plates.

The first man is described as white, aged 20 to 40, 6ft and of muscular build with a balding head. He was wearing a red and black coat.

The second man is described as white, aged 20 to 40, 5ft 10in and of chubby build with fading hair. He was wearing a dark coloured coat.

Detective Constable Sarah Hutton said: “The victim was found lying in the road by a member of the public. We believe the victim may have tried to cross the road to get away from the men chasing him. Please get in contact if you have any information which could help with our investigation.”

Any witness or anyone with any information about the incident is asked to email 101@sussex.pnn.police.uk or call 101 quoting serial 119 of 10/05. Alternatively, call the independent charity Crimestoppers anonymously on 0800 555 111.