Father Phil Ritchie, 47, is leaving All Saints Church, in Hove, to become vicar of Cowley St John, in Oxford.

Father Phil has been the Vicar of Hove for the past seven years, having joined from a parish in Chichester.

He lived in Hove twice before becoming the vicar at All Saints – when he studied for a Master of Arts (MA) in Renaissance English literature at Sussex University and while he was the assistant curate at St Nicholas Church in Brighton.

For some, his tenure will be remembered for remarks he made in response to a question about coming to church at Easter. 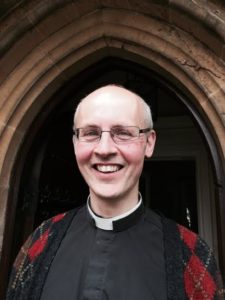 He was quoted as saying: “The problem with the church is that we stay inside our building and occasionally come out and say, ‘Why don’t you come to our church. It’s cool and funky.’

“To be honest, it’s not. I would love more people to come at 10am on Sunday and I would welcome them to All Saints.

“For Christians this is the most important day of the year. All life and all hope flows from it.

“But there are plenty of ways to celebrate without coming to a draughty Victorian building. So why not stay at home, have a lie in, have sex and eat some chocolate.”

Not everyone appreciated or understood the self-deprecating humour with its awareness of the way many perceive the church from the outside.

Father Phil said: “I had to keep my mouth shut for a while. It was disapproved of by the hierarchy of the church but everyone else seemed to love it.

“People are desperate for a generous, open and warm spirituality and that’s what the church should be about.

Given the more spiritual aspects of religion, perhaps that’s not too surprising. But Father Phil’s words, which were the subject of prominent stories in The Sun and Daily Mail, among other publications, certainly led to some debate inside and outside the church.

He added: “People are very warm, generous and forgiving.”

And many have responded. While some will remember sex and chocolate, plenty of those involved in All Saints can point to the transformation of a stuffy civic church into something much more.

It still offers traditional services but, in addition, All Saints is home to an array of more informal activities. 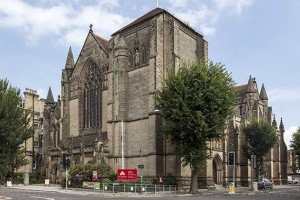 All Saints Church in Hove

These include “Messy Church” for children after school, a winter night shelter for the homeless and “caritas” lunches where 60 to 70 homeless or marginalised people are fed by volunteers.

“Labyrinth walks” every Tuesday morning offer contemplative prayer, he said, for people who have a slightly broader definition of God.

And “Home” services offers a more informal arrangement where everyone is welcomed, including members of the LGBTI (lesbian, gay, bisexual, transgender and intersex) communities. This year Father Phil held a Valentine’s service for straight and gay couples.

He said: “All Saints is very interesting because it’s a very big building with a lot of needs and a small church community. And I’ve tried to tap into that – and into those communities.”

So, after growing the congregation and reaching out to new sections of the community, why leave now?

“Well,” he smiled, “the archdeacon said Bishop Martin (the Bishop of Chichester Martin Warner) had asked whether said I’d seen the advert for the vacancy at Cowley St John – and it’s not the first time he’s done that.

“I didn’t want to wait for the third time!

“I love Bishop Martin and he’s doing great work – and I should point out that he’s very discerning. 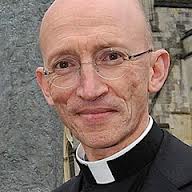 “Bishop John (the previous Bishop of Chichester John Hind) must have been mad to let me come to this great cathedral.”

He said that it had been a “very great privilege” to work in “this old barn” but he was looking forward to the challenges facing him in Oxford from next month.

His wife Paula has found a teaching job in Oxford. She has been working at St Paul’s Church of England Primary School in Brighton. And they are moving with their three daughters, aged 16, 14 and 12.

Describing his new parish, Father Phil said: “There are three mosques, two convents and a theological college – St Stephen’s House – in the parish. And Helen House – the first ever children’s hospice. And the Mini Cooper factory’s just down the road.

“There are loads of curry houses and loads of challenges. And on one side of the Cowley Road, it’s bourgeois, with muesli munching liberals – like me!”

Father Phil will be responsible for two churches and a chapel. He relishes the interfaith work that lies ahead and added: “I’m looking forward to working somewhere so down to earth.

“The interfaith work will be interesting. I think that one of the big challenges we face in the west is how we relate to our Muslim brothers and sisters.” 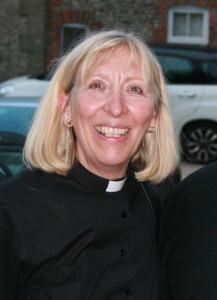 His colleague Talisker Tracey-MacLeod is also expected to be moving to Oxfordshire later this year to take up a new post.

The vacancy at All Saints has not yet been advertised. But the Reverend Kate Lawson, who was ordained a year ago and took her first mass as a priest last Sunday, will help hold the fort.

Father Phil said: “She comes from a family of five generations of shepherds so she’s well suited to this role.”

Father John Joyce, a former vicar of St Helen’s, in Hangleton, and St Richard’s, on the Knoll estate, who was ordained 40 years ago, will work alongside her. So will Father David Ingledew as they care for their flock.