Two churches in Brighton and Hove have been given thousands of pounds towards roof repairs.

St Andrew’s, in Waterloo Street, Hove, a former Anglican church which is maintained by the Churches Conservation Trust, has been granted £97,800 by the Listed Places of Worship: Roof Repair Fund.

And the same fund has awarded £29,000 to St John the Evangelist, in Knoyle Road, Preston. The Brighton church is in the Diocese of Chichester. 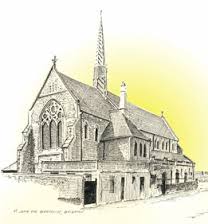 Beth Hale, diocesan advisory committee secretary, welcomed the news. She said: “The total number of applications from this diocese was impressive given the very tight eight-week time frame and the fact that Christmas fell half way through.

“So we were delighted to hear that nearly a third of bids put forward were successful with a collective sum of nearly £1 million.”

The diocese said: “There could be good news for parishes in a ‘second round’ of applications later in 2015.

“The fund has been increased to a total of £55 million, which means £25 million will be allocated to a ‘second round’ of applications later in 2015.”

The money was set aside by the Chancellor George Osborne.

The aim was to help hundreds of places of worship across Britain to be made weathertight, safe and open for use.

So far grants have been awarded to 502 places of worship which will receive between £10,000 to £100,000 to meet the costs of urgent repairs to roofs and rainwater disposal systems.

Money is also being provided for structural investigations, specialist reports and bat surveys.

The second round of recipients will be announced next year.

The fund is administered by the National Heritage Memorial Fund on behalf of the Department for Culture Media and Sport.