Can Lawrence from Florence bring renaissance to Brighton and Hove’s churches?

Global warming and sustainability are high on the Church of England agenda. Kate Parkin met the priest appointed to advise on these issues for buildings across the Diocese of Chichester – including those in Brighton and Hove – and found a man on a mission in more ways than one.

Father Lawrence MacLean – or Lawrence from Florence as many fondly know him – is clear about the task ahead.

Father Lawrence is the new vicar of St Barnabas in Hove and is also priest in charge at St Andrew’s, Hove. On top of that, he is the diocesan development officer for property sustainability issues and adviser for fundraising. 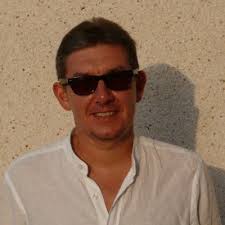 He said: “It all ties in and it all comes down to mission. The most important things for any building are heat, light and toilets and, if you want people to come to it, you must have those.

“That’s your starting point and it’s all linked with mission and evangelism – people won’t come to the church if it is not comfortable.

Father Lawrence has always been interested in restoring old buildings, including vicarages and churches, but his passion for sustainability really took off when he moved to Italy in 2002.

He had been asked to go Florence – hence the nickname – to work in the parish of St Mark’s, which needed management and leadership.

The English church was the ground floor of a converted palazzo and the upper floor was split into nine apartments.

Father Lawrence oversaw the restoration of the whole building, including the transformation of the apartments into holiday lets to bring in much-needed income.

He said: “When you are a clergyman in the Diocese of Europe you have to run your church and community like a business.

“It made me see that we needed to rethink how we operate in England because of the ever-diminishing funds some clergy have for their churches.

“The building is your asset and we need to make it work for us – which brings me back to being sustainable.

“If we make our churches self-sustaining and eco-friendly and then get them creating energy as well, that puts us in a strong position.

“That might be through the use of solar panels on the roof, underfloor heating and so on.” 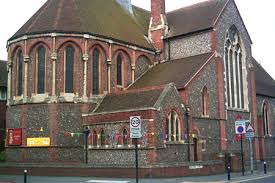 Now Father Lawrence is restoring the vicarage at St Barnabas and spreading the word about sustainability through the diocese.

He said: “If we can make the parishes sustainable, we can plan for the future. I believe we can save the diocese many thousands of pounds on energy and I want us to be leaders of sustainable development.”

Saving money goes hand in hand with fundraising. During Father Lawrence’s ten years in Italy he helped to raise thousands of euros to help orphaned and impoverished children in India.

He did this largely by setting up St Mark’s Opera, which performed in the church after which it was named – and still does so today.

Opera fans boost proceeds from the ticket sales further by donating their “spiccioli” – spare change – on the way out.

Father Lawrence said: “The whole opera experience linked in with helping children in Third World countries. It continues to be very important to us and last year we built a church in Malawi.

“Now I am diocesan adviser for fundraising here in Chichester – and all these things work together.”

Can Father Lawrence have the same success here as in Florence?

His wife Jacqueline, a careers management expert who has since retrained as a Bowen therapist, is certain of it.

“He’s not a normal priest,” she laughs. “He has always had incredible vision – he just has this great skill and ability to inspire.”

An audience with the Pope

The youngster sang at Prince William’s wedding and has also performed at 10 Downing Street and for US President Barack Obama.

Modesty and the natural reticence of a teenage boy meant his parents knew little of this until they saw him on a BBC2 documentary about the choir.

They did, however, watch him perform in the Sistine Chapel for the Pope in 2012.

The MacLeans had just returned to England from Florence when the choir was invited to sing in Rome so they flew straight back to Italy for the historic occasion.

Benjamin is now a music scholar at Sherborne School in Dorset. His sister Flossie, 24, works for British Airways cabin crew and lives with her parents.

They have two other children, Laura, 28, an actress, and James, 26, who works for an ethical web design company.