He said that there was a market for Liberals in Brighton and Hove and throughout Britain.

Mr Farron is one of two Liberal Democrat candidates standing for election, promising hope and inspiration to a party seeking a different direction and already attracting new members.

The leadership election follows the resignation of the former Deputy Prime Minister Nick Clegg after the general election defeat in May this year. 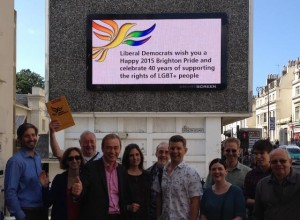 Norman Lamb, the other leadership candidate, visited Brighton to speak to party members a week and a half ago.

Mr Farron promised principled and bold opposition when he spoke to party members at the Brighthelm Centre yesterday (Thursday). He said: “Leaders need to be traders in optimism.”

Asked about the general election result, he said: “This is not our first near death experience.”

In the 1989 European elections the Liberal Democrats were beaten into fourth place by the Greens.

Reflecting on the Conservative Party’s budget, Mr Farron said: “It was deeply mean-spirited but politically intelligent.

He criticised the cap on the child element of universal credit which would hit the poorest and young people. And he said that there would be a slightly bigger increase in the living wage than the minimum wage.

He was concerned that some politicians, primarily from UKIP, could occupy a place in politics that they didn’t deserve and become an insurgent force.

Mr Farron condemned the selling of housing association and council homes. In response to fears that Britain was already overcrowded, he said that only 10.6 per cent of England was urban. 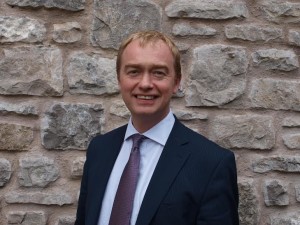 He said that migration should be treated as a blessing, not a curse.

Mr Farron said that he would campaign to protect civil liberties. This meant first of all fighting for freedom from surveillance and observation, following Edward Snowden’s intelligence leaks.

Secondly, it meant retaining the Human Rights Act to protect the rights of the minority against the majority.

When asked about the Greek crisis in the Eurozone, Mr Farron said: “Economics is about people.”

He said that he was apprehensive about humiliating the Greek people which may lead to a swing from the far left, Syriza party, to the far right.

“Mrs Merkel is potentially stoking a monster that we may not be able to control,” he said.

“A single currency works if the currencies are convergent. The problem is that they are wildly divergent in Europe. I am strongly in favour of the European Union.”

Mr Farron said: “Politics should be at the highest level necessary and the lowest level possible.”

He urged party activists to win a ward in Brighton and Hove and change lives.