The funeral of Mr Abrahams, 76, of The Brow, Woodingdean, took place at a packed St Margaret’s Church, in Rottingdean. 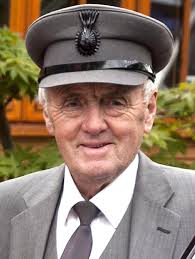 He had driven many brides to their wedding at the church in the Daimler car in which he died on the A27 just over a fortnight ago. He was on his way to collect a bride on her wedding day.

The parish priest Father Martin Morgan said that Mr Abrahams had shown his humour, playing brides songs such as Another One Bites the Dust and I Want to Break Free.

The immaculate former policeman was an extraordinary man, Father Martin said, who gave service as a guardsman, paratrooper and policeman.

And Father Martin said that his last act of kindness in a life of service – letting someone else in on the A27 just before the crash – enabled a family to live.

Mr Abrahams ended up stopping at the traffic lights but they had gone through ahead of him – and they were grateful to him.

His funeral was followed by a private committal.

Earlier in the day the family of Jacob Schilt, 23, of The Close, Brighton, held a private funeral for the Worthing United footballer who died while on his way to a match.