Staff from every council department in the city are being called into meetings to be briefed on what swingeing cuts to the council budget are likely to mean for them. 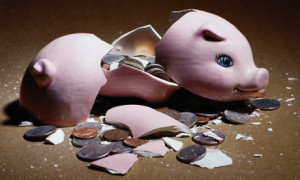 The council is having to plan how it will cope with a budget gap of £100m, by 2019 with around £25 million being cut each year.

And the problem could be made worse if the council’s revenue grant from the Government is scrapped next year, four years before the promised retention of business rates by local authorities begins.

Unison rep Sue Beatty said: “There are consultation papers all over Brighton and Hove City Council looking at ways of saving money, and that means job losses as staffing costs are the highest cost of any service.

“Adult social services, learning disabilities, parking, planning – things like Hove Library might make the headlines, but there isn’t a service which isn’t affected.

“They are taking services back to the bone, and there is the potential for some services to be cut altogether.

“The home care night team in adult social care could be cut, which would mean no night care service for older people anywhere in the city.

“From our perspective, the blame lies with the government. We do know it’s a really difficult time for councils and they’re making some very tough decisions which are going to prove very unpopular, not only with staff but with the public.”

The city’s Tory group is today calling on the Labour administration to explore a wholesale restructure to cope with cuts rather than simply “salami-slicing” the existing budget.

A letter to this afternoon’s policy and resources committee signed by Conservative group leader Geoffrey Theobald and his two deputies Dee Simson and Andrew Wealls points to other councils which have set up co-operatives to run services, outsourced them to the third sector or shared them with neighbouring authorities.

It says: “Many other councils have been undergoing radical change and are hence in a much better position than Brighton and Hove to deal with the changing financial climate in local government.

“After years of incremental budgeting, or ‘salami-slicing’, years which could have been spent implementing reforms such as those above, it is essential that the Council now grasps the nettle and adopts the radical new approach.”

But leader of the council Warren Morgan has dismissed the letter as “gamesmanship” as his party has already pledged to explore all options.

He said: “The letter from the Conservative Group ignores the fact that we published a four year budget strategy in July and have said that all options will be explored.

“Detailed Budget proposals for this year will be published at the same time as they aleways are – in December – so this is just a bit of gamesmanship by them in appearing to push us to do something we are already doing ahead of us actually doing it on the normal timetable.”

He added: “Basically we are looking at a £100m Budget gap by 2019 with around £25 million being cut from our budget each year.

“The Revenue Grant is being ended altogether and business rates will be kept entirely by councils (rather than half going to the government) but we await detail on the timings in the autumn statement.

“It seems like the grant will go soon, but the rates will only stay with us from 2020 (election year, coincidentally).”