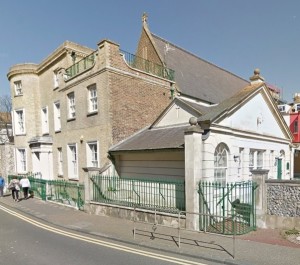 The Institute of Our Lady of Mercy announced in August that it was closing St Joseph’s Care Home in Bristol Road, Kemp Town, as it was no longer financially viable.

At the time, the care home said it was intending to move the 12 residents out of the home by the end of October at the latest.

A council spokesman said: “We have had some early discussions with the Catholic diocese about using St Joseph’s to provide short term accommodation for refugees but nothing has been agreed.

“Any plans would be fully consulted on and would require planning permission for a change of use for the building.”

The council said that it was intending to take in at least nine Syrian refugee households and said that the government was seeking to support it financially.

Yesterday Councillor Emma Daniel said: “I have worked tirelessly with a committed and experienced officer team to ensure that we can accommodate at least nine households in accommodation that doesn’t push people already in housing need in our city further down the queue.”

She was speaking in response to Green councillor Leo Littman’s calls for the Labour adminstration to do more to accommodate Syrian refugees and work with more outside agencies.

A petition urging the council to take in more refugees has been signed by more than 600 people.

In August a care home spokesman said that the closure was due in part to the small size of the home, which is able to accommodates about 14 people.

Modern care homes typically house about 50 people, which enables them to benefit from economies of scale St Joseph’s is unable to.

“The Sisters of Mercy have been a presence in Brighton since 1852 and it is with great sadness that they have taken the difficult decision to leave.

“The trustees have been considering how the building can best be used to promote the institute’s charitable purposes.

“The sisters have been moved by the plight of the Syrian refugees across Europe and the many thousands of vulnerable and destitute people that have fled war-torn Syria.

“They have had some initial discussions with the local diocese and with local charities to consider whether, in the spirit of the foundress Catherine McAuley, St Joseph’s might in some way be able to be used as a mercy centre to assist a number of the vulnerable Syrian refugees that the government has committed to help.

“Discussions are still at a very early stage with the relevant parties and the trustees do not yet know whether it will be possible to use St Joseph’s for this purpose.

“However, the trustees can assure our neighbours that nothing will be done without complying in full with the law which will need to include a public consultation if the use of the building is to be changed.

“Our local friends and neighbours will have the opportunity to make representations to the council in the usual way though, of course, we would hope that they will be happy to support any such initiative.

“The trustees will write to our neighbours in due course, once a clear way forward has been agreed.”

Anyone who can offer help in housing refugees should email refugeehelp@brighton-hove.gov.uk.