Britain’s biggest care home operator has said that it currently has no plans to sell or close either of its two homes in Brighton and Hove.

The future of Four Seasons homes has been the subject of speculation since a downgrade by the credit rating agency Standard and Poor’s (S&P).

The agency said last week that the outlook was negative, citing poor earnings which are reliant on council and NHS funding which are also under pressure. 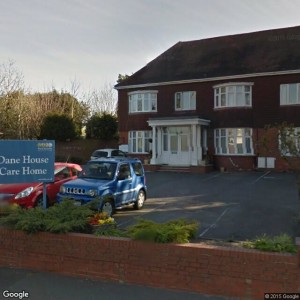 The company bought Bon Accord when Southern Cross collapsed four years ago.

Brighton and Hove City Council social care bosses said that they were aware of the credit rating agency’s report and added: “We have no immediate concerns but are making further inquiries.

“Neither Terra Firma (the ultimate owner), Four Seasons nor the CQC (Care Quality Commission) have informed us of any financial difficulties or raised any concerns.

“Dane House and Bon Accord are the only two home in the city which are owned and run by Terra Firma/Four Seasons.

“Thirty-six people are currently residing at Dane House and Bon Accord. Of these, 23 are funded by the council.” 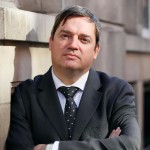 As a result of the group’s poor earnings potential, S&P said: “We view its capital structure as unsustainable over the short term.

“The negative outlook reflects our view that, in the absence of material disposals, FSHC will face a liquidity deficit in the next six months as a result of the pace of cash consumption.

S&P also said: “FSHC relies on public funding in the UK as the majority of revenues are derived from reimbursement by local authorities and the NHS, both of which remain under substantial pressure to realise cost savings amid the government’s deficit-cutting measures.

“We do not expect any significant improvement in fee rates for 2016 and believe any increases will continue to lag cost inflation, characterised by rising staff costs as a result of regulatory scrutiny, upward revisions to the national minimum wage and a shortage of qualified nurses throughout the sector.”

Four Seasons said: “We are confident that we have sufficient medium-term financial flexibility for our needs and we have appointed advisers to help us to conduct a review to improve that flexibility.

“We have said on numerous occasions over recent years that the group is disposing of non-core properties that do not fit its long-term strategy. This is not a new development.

“The possible disposals include homes in a portfolio of investment properties that we do not operate and are simply the landlord, so residents are already being cared for by another provider.”

A spokesman pointed out that the sale of an “investment property” would simply mean a change of landlord, not a change of care provider.

Four Seasons added: “Additionally, from the group’s portfolio of almost 450 homes, just over 20 properties that are not core to strategy were identified for disposal this year.

“Across the UK, in the event of a sale of any home as a going concern, the staff would transfer under TUPE provisions to the new owner and so residents would continue to be cared for by the people who are looking after them now.”

Four Seasons co-operated with the Westminster policy think-tank ResPublica which is run by Phillip Blond a former adviser to David Cameron.

Last month ResPublica published an interim report warning that the residential care sector as a whole was in crisis.

The full report is due to be published in the new year but, having carried out its initial research, ResPublica said: “We do not believe it is an understatement to say that Britain’s residential care sector is in crisis.

“Providers are being faced with an unsustainable combination of declining real terms funding, rising demand for their services and increasing financial liabilities.

“Our research projects a funding gap of over £1 billion for older people’s residential care alone by 2020-21 which could result in the loss of around 37,000 beds. 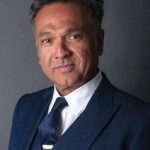 “This is greater in scale than the collapse of Southern Cross in 2011 which affected 31,000 older people.

“Given the perilous state of the industry, there is no private sector provider with the capacity to take in the residents who would be affected by the loss of other providers’ beds.

“Consequently we believe the worst outcome is the most likely: that the vast majority of care home residents will end up on general hospital wards.

“We project that if all these care home lost beds were to flow through to hospitals in this way, the annual cost to the NHS would total £3 billion.”

ResPublica director Phillip Blond said: “When Southern Cross failed the private sector stepped in and cared for those left homeless

“Now, however, with the sector losing money for every funded resident, there is no provider of last resort.

“We fear the worst case scenario is the most likely, that these residents will flood our local general hospitals costing £3 billion per year by 2020.

“The national living wage must be brought in. It is essential working people are paid a proper wage. At the same time it will damage the residential care sector which is already under extreme pressure and it could collapse as a result.”

“But for the care sector, which is heavily reliant on its labour force, it could be catastrophic.

“By 2020-21 we predict that a third of the funding gap will be because of the rise in the cost of paying staff the national living wage.”

Justin Bowden, national officer for the GMB union, said: “It is one minute to midnight for the care sector.

George Osborne, the Chancellor, is being urged to act

“Just as GMB warnings that Southern Cross would collapse were ignored again and again by government, history looks set to repeat itself unless George Osborne acts now.

“This time, however, we are not just talking about the largest care home provider collapsing but the entire publicly funded care home and domiciliary care sectors.

“This is not some unexpected overnight phenomenon catching everyone unawares. This has been a slow motion collapse and somebody’s mum or dad or granny – our elderly and vulnerable – will be the biggest victims.

“Local authorities are unable to act as ‘lenders of last resort’ and step in, so the NHS will be forced to try and fill the giant hole created by 37,000 less beds in the care sector for our elderly and vulnerable – equal to 28 per cent (or 1 in 4) of all available NHS beds.

“The effects will be immediate and crippling.”

Chai Patel, executive chairman of HC One, Britain’s third-biggest care provider, said: “Our care staff do an incredible job day in day out and deserve the living wage but it must be properly funded.

“This report shows that unless the Chancellor takes urgent action to address this looming crisis, tens of thousands of older people will lose their homes and be forced into the NHS.”

Dr Patel added: “Southern Cross was a failing company. What we are facing now is a failing system. At a time when the baby boom generation is beginning to retire and look ahead to their long-term care needs, there are huge fears that the homes to care for them simply won’t exist.

“We must protect the homes of vulnerable older people, and our NHS, by ensuring they are properly funded for the future.”