Pubs and clubs in Brighton and Hove are one step closer to a late night levy as city councillors are urged to launch a formal consultation on the plans. 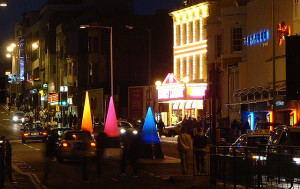 If introduced, it could raise almost half a million pounds a year, to be split between police and the council to spend on policing and safety measures, including taxi marshalls, street pastors, easy-clean taxis for people who may be sick and water angels dispensing drinking water in venues.

But the Brighton and Hove Tourism Alliance, many of whose members would be affected by the levy, says the money should instead be raised and spent by a Business Improvement District for softer measures such as marketing.

A report before Thursday’s licensing committee, which recommends launching a consultation, says the plans have the support of Sussex Police, council directors and the city management board which represents a wide range of NHS, university, business and community bodies.

The report, written by licensing manager Jean Cranford, says: “The impact of alcohol in Brighton and Hove is considerable. Although alcohol supports the night-time economy and tourism, people can be a victim of alcohol linked crime and disorder such as violence, sexual violence and abuse, criminal damage, late night noise and other anti-social behaviour.

“Alcohol related reported crime and violent crime are worse locally than nationally. The night time economy runs from early evening till 7am which puts a strain on police and other emergency services and there are funding gaps to secure and maintain vital services.”

“A late night levy could maintain and enhance the reputation of the national renowned night time economy in the city for people to come and enjoy, safely.

“And it could drive standards up, with licensed premises sharing and contributing to the cost of the keeping the night time economy safe.”

But chair of the Brighton and Hove Tourism Alliance called on the council to raise money via a BID instead. Soozie Campbell said: “If they’re going to do it they should do it through a BID which means that the venues decide how to spend the money raised.

“I did this exercise with city centre businesses a few years ago when I was city centre manager and the thing most wanted to spend it on was a marketing campaign to change the image of Brighton.

“It’s got to be what the businesses want. And if you do have a security element involved with what a BID does, then after a while the police may decide to reduce the amount of security that is required in the venue.

“They spend a lot of money on security guards. To ask them to pay for security on the streets is a bit much because they’re doing their bit already.

“If you had a BID doing late night security, then it would benefit all the restaurants that open at night, all the pubs. The current BID has daytime security measure, ambassadors who patrol the streets to pick up shoplifters, but it doesn’t extend into the evening.”

The report also details the experience of Newcastle, which introduced a late night levy in October 2013. In the first financial year of operation, crime fell by 12% in the city, with violent crime down 6%, sexual offences down 7%, criminal damage down 27% and antisocial behaviour dosn 10%.

Just two premises out of 244 did not pay the levy because of financial difficulties, and 124 reduced their hours to before midnight, mainly as they didn’t use their late hours anyway.

There are an estimated 484 venues in Brighton and Hove which are licensed to open until 1am or later, including 71 which have 24-hour licenses. However, many would be exempt, including those with overnight accommodation not open to the public, theatres and cinemas, community clubs and those only open late on New Year’s Eve.

If the levy was issued on all non-exempt venues opening past midnight, it would raise an estimated £449,116.

Plans for a late night levy have been considered in a number of local authorities to date. The idea has been rejected in Milton Keynes, Tameside, Leeds, Woking and Bristol, and approved in Newcastle, City of London, Chelmsford, Southampton, Nottingham, Islington and Cheltenham.

There are ongoing consultations in Plymouth, Camden, York, Cheshire East, Lambeth and Liverpool.