A teacher from Hove put up “wanted” posters showing a picture of his old head and accusing her of perjury and covering up a sexual assault.

After his arrest he told Sussex Police that he wanted to be arrested so that he could put evidence before a court about his four-year dispute with head teacher Janis Taylor. 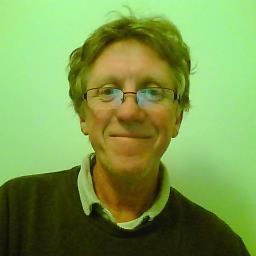 He told Brighton Magistrates’ Court that he had complained to the police about Mrs Taylor committing perjury when she gave evidence at his Employment Tribunal. But, he said, the police had refused even to investigate.

Instead he was arrested – twice – and today (Monday 16 November) he was convicted of harassment.

Tomlins said that it had been reasonable to put up the wanted posters. He had acted in desperation.

He had offered to pay for mediation with the school and with Brighton and Hove City Council as the council been providing human resources (HR) and legal advice to the school.

One witness, who has since left the school, told the court that the school’s chair of governors had intimated that her career would be harmed if she gave evidence on Tomlins’s behalf.

Kate Vickers, who was Tomlins’s year leader and has since left for a teaching job at another school, was summonsed to appear.

In the event the magistrates said that much of her evidence was not relevant to the immediate case before it.

The case stemmed from Tomlins’s sacking at a time when the school was seeking redundancies. As a longstanding teacher with a science specialism, he was expensive, he said.

He was sacked after he was accused of being incompetent even though he had been a respected teacher for 30 years. He was then refused a reference that would enable him to find work.

Mrs Taylor told the court that he was sacked over his reaction to being “performance managed for capability”.

She said that she hadn’t lied to the Employment Tribunal. She investigated the sexual assault claim discreetly – as requested by Tomlins – and she added: “In my view we did everything we had to do. We followed all the procedures correctly.”

She accepted that “he still feels treated unfairly”.

The magistrates were shown the poster at the centre of the harassment claim which had been put up in the streets around the Portland Road school.

They contained a photo of Mrs Taylor and said: “Wanted – out of concern for public standards.

“Have you seen his woman? Wanted for various crimes

“Please call Inspector Dias, Brighton police, (on) 101 or go online or don’t bother because they’ll find a reason to arrest you.”

The court was told that Tomlins had been arrested once before over this matter but when it reached court the council had dropped the case because of insufficient evidence.

“The posters were found by teachers, parents and pupils.”

She said that the defendant admitted putting up the posters and added: “He claimed his defence was based on the fact that Mrs Taylor had committed an offence of perjury.”

It is a defence to harassment if the defendant is trying to prevent or detect crime or that his conduct was reasonable in the circumstances – Tomlins’s argument. 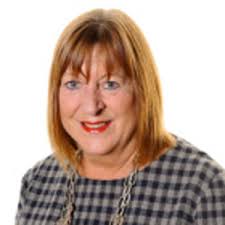 Mrs Taylor has since retired as head teacher although she told the court that she still works as a consultant to the school and to the council.

Part of the dispute centres on whether Mrs Taylor falsified evidence of Tomlins’s teaching, in particular in her evidence to Tomlins’s Employment Tribunal.

Stephen Harris, a court-appointed lawyer who cross-examined Mrs Taylor on Tomlins’s behalf, asked: “At the Employment Tribunal, you told them that Mr Tomlins’ teaching was inadequate.

“Did Ofsted say to you that Mr Tomlins’ teaching was inadequate?”

She said that Ofsted had agreed with the judgments made by her and her senior colleagues in their assessments of their staff although she didn’t say what that assessment was.

She also said that she was shocked when Tomlins told her that he had been sexually assaulted by someone working at the school.

She said: “The allegation was very serious. He wanted it investigated but he didn’t want to destroy that person’s career.”

She said that she had followed the right processes, recorded everything properly and dealt with the matter.

When asked if his actions were reasonable, Tomlins said that he had exhausted all reasonable methods of trying to resolve the dispute.

He had even offered to find mediation but the council had refused. He had been rebuffed by the council and the police, he said, adding: “I simply want to get to the truth.

“I don’t believe Mrs Taylor feels harassed at all. It’s a matter of trying to get justice.

“In retrospect it was a bit of a stupid thing to do but I was desperate. I’ve had four years of not being able to earn any money.

“The prosecution have asked if this is reasonable. I don’t think we’re in reasonable circumstances.

“There’s evidence of perjury and the police refusing to act. I simply want an accurate teaching record.

“Considering the dishonesty of Mrs Taylor and the people at Brighton council, it was justified.”

Anup Vasant, the chairman of the bench, said that the court had heard some evidence about the background to the case.

He said: “We have mostly had to disregard this evidence because most of it wasn’t relevant to his case.”

Mr Vasant said: “Janis Taylor gave evidence in person … Posters had been put up in numerous public places near the school.

“She said she had been distressed – and the children had been upset. When they had gone to school and found she wasn’t at work, they had been upset and worried about what had happened to her.

“Mr Tomlins said had put up the posters to embarrass Mrs Taylor and to force her hand to admit perjury.

“We have found that the placing of the posters caused Mrs Taylor great distress.

“Although it is clear that Mr Tomlins has a longstanding grievance against Mrs Taylor and the school, it was an unreasonable way for him to pursue his grievance.”

The bench issued a restraining order to prevent Tomlins from contacting Mrs Taylor or going to the school.