Hot yoga lovers hoping to take part in classes were left out in the cold when a Hove studio closed with no warning after a serious assault took part there in the early hours of the morning. 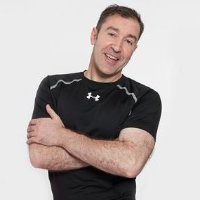 Customers at Dynamic Hot Yoga at Hove Business Centre in Fonthill Road were greeted with a sign on the door when they arrived on Monday morning telling them the studio was closed until further notice.

But just hours earlier, a break-in and fight had taken place on the premises, leaving a 51-year-old man in hospital with a broken nose and wrist. Four men have been arrested as a result.

Brighton and Hove News understands that the injured 51-year-old man is Stuart Tranter, who founded and taught at Dynamic Hot Yoga until earlier this year.

On Monday, one customer posted on the company’s Facebook page: “Why we are informed about cancellation or trainer changes just in front of the entrance?!!?

“It’s really annoying and disrespectful that the reception or the company is not able to give up-to-date information either on Facebook or on page of [smartphone app] mindbody-connect.”

Manager Afsor Miah said: “The incident led to the heating system being damaged which we got  repaired very quickly, along with the locks.

“All that was carried out the following day and the studio was up and running again on Tuesday.

“Our customers aren’t aware of what happened. We had no option but to put a sign up on the door. It upset a lot of people.

“I’ve now sent an email to all our members telling them about the situation. The yoga continues.”

A spokesman for Sussex Police said they were called shortly after 2am after reports of a break-in, dispute and disturbance. The 51-year-old victim was taken to the Royal Sussex and a 61-year-old man was treated for minor facial injuries.

The police spokesman said: “After being interviewed the four men were released on police bail until 16 January 2016 while police enquiries continue.

“All those involved are known to each other.”

A partnership, of which Mr Tranter was a member, set up to run the company in 2013 was given notice last month that it would be dissolved – the third such time a striking-off notice has been given, with the two previous ones discontinued

Another company, Dynamic Hot Yoga Ltd, was set up last December with one director, Aftab Miah, who resigned in September this year.

New homes plans for site where thousands of Brightonians were born