The Greens have accused Brighton and Hove City Council of “social cleansing” as part of the council’s response to welfare benefit cuts.

The claim was made after the council said its response to benefit cuts “may include providing advice about which areas of the country are affordable to live in”.

The council also said: “These conversations are already starting to be had.”

The Conservatives said that the focus should be on helping people into work.

The debate was prompted by a report to the council’s Neighbourhoods, Communities and Equalities Committee. The committee met at St Richard’s Church Hall, in Egmont Road, Hove, yesterday afternoon (Monday 23 November).

The report, by John Francis, revenues and benefits manager at the council, was itself a response to another report by the Centre for Economic and Social Inclusion (CESI).

The CESI report was called “The impacts of welfare reform on residents in Brighton and Hove”. It was published in June. And one its authors, CESI director Tony Wilson, is from Brighton.

What did the council say?

The council set out a six-page response to six recommendations in the CESI report. One of the CESI recommendations said: “Residents at risk of homelessness from the private rented sector with shortfalls between housing benefit and rent should be encouraged to have difficult conversations earlier.”

In response the council spoke about “having difficult conversations with customers at an early stage around choice of where to live and how to sustain employment”.

The council said: “It has been identified in the CESI research that households affected by the reforms have not in the main seen moving as something they would do to counteract the impact of decreasing benefit levels.

“However, with the gap between benefit levels and market rents likely to widen failure to consider this option at an early point may lead to hardship or crisis.

“These conversations are already starting to be had in some services where these issues are key, particularly around housing.

“This is a significant shift in service provision and is clearly not an easy message to give or to receive.”

The council added: “This will mean council staff and perhaps members of the third sector having honest and open conversations about how realistic the prospect of families being able to live in appropriately sized accommodation in the city over the period of the next few years if they are reliant on benefits.

“This may include providing advice about which areas of the country are affordable to live in.”

“The impact of the benefit cap at £20,000 and the freezing of LHA (local housing allowance) rates will mean that for many families living in the city on benefits will not be a financially viable option in anything other than the short term.

“Council staff will be central to promoting this understanding and therefore the organisation as a whole, including members, will need to understand the context in which this advice is being provided and understand that this level of cultural shift is likely to lead to an increase in customer dissatisfaction and complaints.”

What did the Greens say?

The Greens said that the council’s approach to people in the private rented sector and either in low-paid jobs or surviving on benefits was that living in Brighton and Hove in the long term “will not be a financially viable option”.

The report said that “difficult conversations” will be needed with customers “around choice of where to live and how to sustain employment”.

Councillor Leo Littman, for the Greens, said: “This report shows just how vicious and destructive the Tory austerity agenda is. 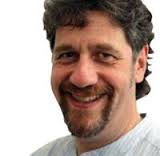 “This is social cleansing on a massive scale. Squeezed by welfare reforms, services cuts and rising living costs, our poorest residents are being told they must leave the city they call home.

“We are supposed to be a City of Sanctuary and yet people are being forced out of the city or, if they refuse to go, on to our streets.

“When did we decide it was ok to say: ‘You’re too poor to live here any more?’

“The council has a duty to protect the city’s vulnerable families and that means we absolutely cannot cut vital support like the council tax reduction scheme.”

He was referring to a proposal by the Labour administration to reduce the subsidy given to the poorest people in Brighton and Hove to enable them to pay their council tax bills.

Referring to those who have lost out as a result of welfare reforms, he said: “Taking £60 million away from the 25,000 poorest households in the city is evil.”

And he said that the 15,000 poorest should face the same rise in council tax as those who were better off – not a bigger rise. This was a reference to Labour’s proposed change to the council tax reduction scheme.

What did Labour say?

Councillor Emma Daniel, who chairs the committee, said that they shared a lot in spirit but, she said, “We sometimes disagree on method on how to support the most vulnerable.

“We as a city council are not choosing to take money from people through council tax reduction. “We’re choosing how much we continue to subsidise it, having had the government remove that money.”

Before the meeting, the other Green member of the committee, Councillor David Gibson, said: “This situation has been caused by the ideological pursuit of austerity by the national Conservative government.

“It is heartless and entirely unnecessary. Instead of making banks pay for their reckless behaviour, banks have been bailed out and the cost is being passed onto the poorest under so-called welfare reform.

“With soaring housing costs, this will be the ‘perfect storm’ which solidifies poverty in the city.

“The welfare reforms planned over the next few years will ravage families on low incomes.

“We are not talking about people ‘playing the system’ here. These are school-leavers, parents working multiple jobs, sick and disabled people.

“In five years we can expect to see some of the poorest forced out of the city, and dire poverty and homelessness for others who stay.

“There is something we can do as a council to soften the impact on the poorest so we are calling on this committee to unite with us around the principle of fairness and do what we can to mitigate impacts by stopping the cuts to council tax reduction for the 15,000 poorest people in our city.”

What did the Conservatives say?

Councillor Nick Taylor, for the Conservatives, said: “I broadly welcome this report and the recommendations contained therein particularly about mitigating some of the risks that we face.

“I was particularly impressed by the recommendation about how the council can use its position as a significant employer in helping people into work.

“It’s important to bear in mind that that has been the entire rationale behind welfare reform.

“Throughout the last decade, despite record low unemployment, the numbers of households where nobody worked actually doubled to one fifth.

“The numbers of long-term unemployed had actually doubled by 2010 and one and a half million people had been on benefits for most of the last decade. 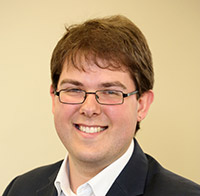 “What had happened was that we had a system that kept people away from the self-esteem that comes from work but we had also locked them out of the labour market.

“The problem with that is that if you do that, you don’t actually end up ceasing poverty. You end up cementing it.

“Since 2010 there has been record levels of employment. It is approaching the 73 per cent mark which is actually a record high nationally.

“And locally we’ve got a record level of employment – there’s 137,000 people involved in the labour market.”

He said that it was important to bear in mind the positive effect of welfare reform, adding: “The welfare cap was introduced in April 2013. Since then 16,000 capped households nationally have moved into work.”

He added: “The pilot on universal benefit has been incredibly positive in removing barriers to work.”

“The number of hours spent by jobseekers looking for work has doubled from 10 hours to 20.

“I’m not saying we should underestimate the challenges but it’s not all doom and gloom.”

The next phase of welfare reform would, he said, be good for the country and the city.

He said that councillors and council officers often spoke about the problems posed in Brighton and Hove as a result of having a large private rented sector.

He said that more help and encouragement should be given to enable people to buy their own homes, particularly using the right to buy.

He praised the Labour administration for its efforts to build more council, adding: “We do need more social housing and that has long been recognised on this side of the council chamber.”

He was speaking as a separate report indicated that the growing number of students and people who have been priced out of London are pushing up rents in Brighton and Hove.

Jo Martindale, a community rep on the committee, said: “It’s been very useful to have a report that has given some of the evidence that we need.

“On a positive note, this report has already helped to attract a £395,000 grant from British Gas to support residents in a crisis, perhaps because of changes to their benefits, to receive help or crisis grants.

“To make those really good applications – led by the Citizens’ Advice Bureau – you need the sort of detailed evidence that’s in this report.”

The committee backed the council’s response to the CESI report and measures being taken to help those hardest hit by welfare benefit reforms.

A further report will be presented to the City Management Board, which is made up of council, health, police and education chiefs.