A steep rise in rents in Brighton and Hove over the past year has been attributed to an increase in students and people forced out of London by even higher rents there. 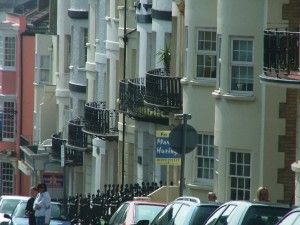 And while this may be bad news for tenants, it’s good news for landlords with the average yield – the net rental income divided by the property’s value – rising from 8% from 5.68% to 6.17%.

Meanwhile, the effects of the Government’s welfare reforms, in particular the unpopular bedroom tax, are pushing more people into poverty and councillors last night agreed “difficult conversations” needed to be had with people in financial trouble, suggesting they move to cheaper areas.

And ever more people are approaching the council after being kicked out by private landlords, and people working with rough sleepers say they have seen a rise in the numbers of people on the streets because they can’t afford their rent.

Amy Smith, Property Manager at Orchard & Shipman Residential Brighton, said: “We have seen a huge increase in demand for rental properties in Brighton over the last 12 months.

“There have been growing numbers of undergraduate students and commuters moving into the town, drawn by its coastal lifestyle and easy access to London.

“Rent prices are still considerably more affordable than London property. According to our research, a typical two-bedroom flat in Brighton commands an average rent of £1,265 per month, or £15,180 per year. A four-bedroom house rents at an average £1,465 per month, or £17,580 a year.

“There is fierce competition for rented property in Brighton, with the growth of university students and rising numbers of Londoners priced out by rising rents in the city. Properties are flying out, taking just three days to find a tenant.

“The gap between wages and property prices is most severe in Brighton and according to recent research by HouseSimple.com, it is reportedly the most unaffordable town for local workers.

“An average home in the town is priced at £350,222, whereas residents typically earn £23,488. Property prices have leapt in Brighton over the last 10 years, partly down to an influx of London commuters unable to afford to homes in the capital and looking for a better quality of life.”

Ms Smith was speaking to promote the launch of Orchard & Simpson’s new lettings service, which guarantees landlords rent and legal costs cover for the length of a tenancy.