A Brighton off licence has released these CCTV images in a bid to catch a thief who stole booze and fags then fled on foot last night. 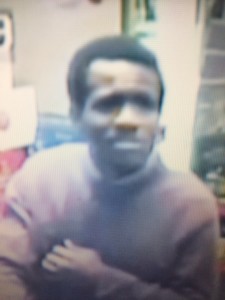 A man came into Southover Wines shortly after 9pm last night, and distracted the cashier so he could take two bottles of spirits and a packet of cigarettes.

Police have issues an appeal for anyone with information to come forward.

Ben Kornitzer from Southover Wines said: “A man came in and asked for a bottle of Smirnoff and Bacardi and 20 Marlboro. They were put on the counter and then he asked for some Rizlas.

“While the member of staff’s back was turned he grabbed the items and started to run out of the shop and said ‘Don’t chase me I have mates around the corner’. He ran towards Queen’s Park.”

A police spokeswoman said: “Police were made aware of a theft of two bottles of alcohol and a packet of cigarettes from a off licence on Southover Street in Brighton at around 9.15pm on November 24.

“Anyone with information or saw a man running from the shop is asked to contact police on 101@sussex.pnn.police.uk quoting serial 77 of 25/11.”