Seagulls fans shiver at the Amex 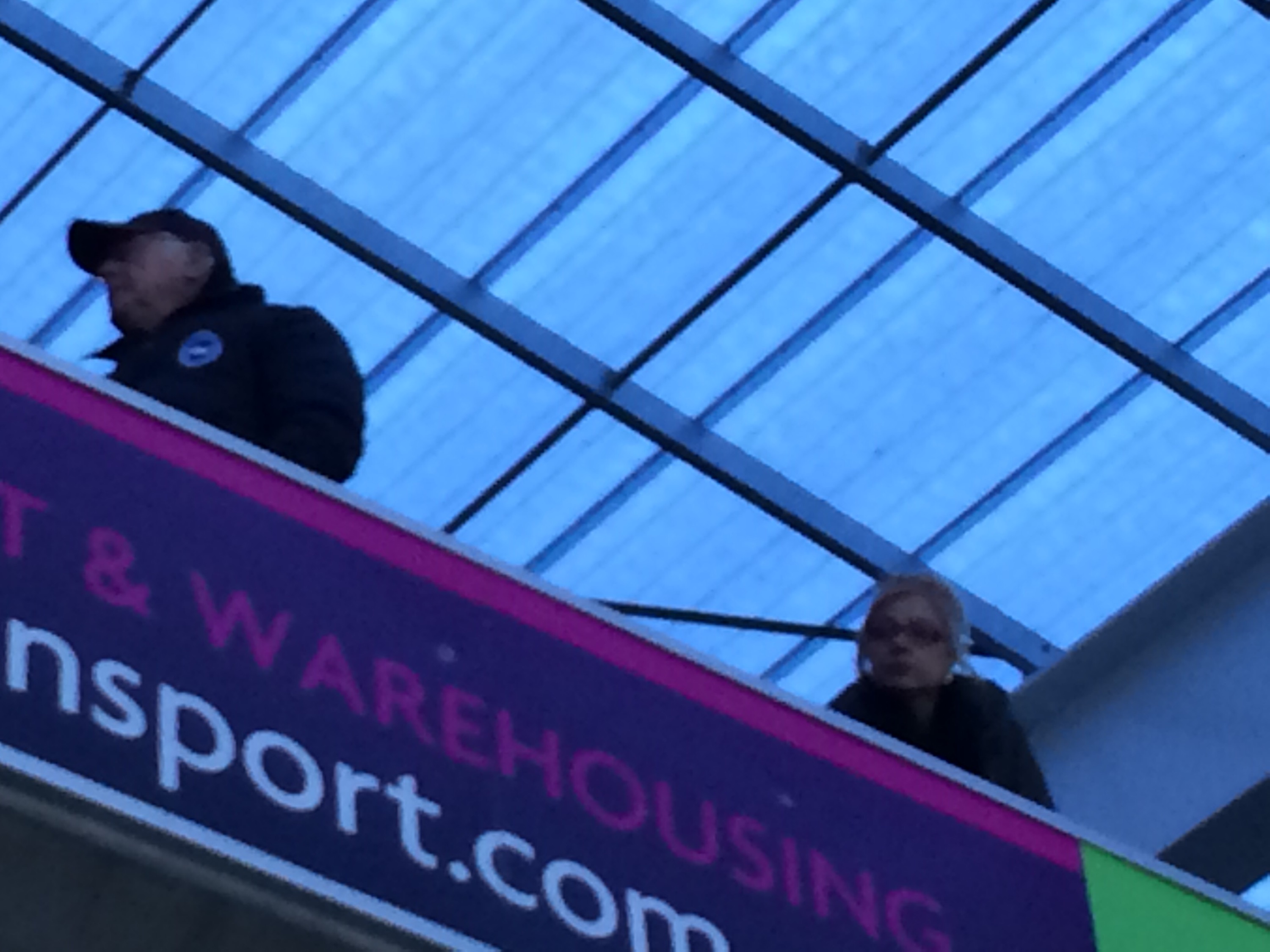 Albion are being held to a draw by Birmingham City after the Seagulls took the lead through Solly March after 17 minutes.

Birmingham equalised through Jon Toral after keeper David Stockdale could only parry the impressive Demarai Gray’s shot into Toral’s path.

Beram Kayal had a fierce free kick from 20 yards expertly pushed away by ex-Albion keeper Tomas Kuzsczak in the Birmingham goal.

Most worrying for Albion was seeing full back Liam Rosenior stretchered off after a challenge from Jonathan Spector. Inigo Calderon replaced him.

Albion had the ball in the net again through Lewis Dunk but Kuszczak was adjudged to have been fouled in the process.

Toral had another chance just before half time but shot inches wide.