A series of makeovers has pushed Brighton’s biggest pub company into the red although takings are up.

And the long closure of the A259 Brighton seafront road – King’s Road – hampered its finances, delaying one of the refits.

The Laine Pub Company, formerly Inn Brighton, said that sales rose almost 9 per cent to £27.5 million in the year to the end of June, up from £25.3 million. 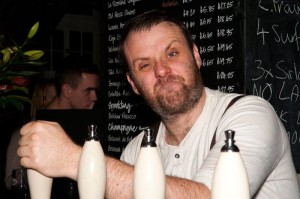 But the company, which is run by Gavin George and backed by the entrepreneur Luke Johnson, reported a pre-tax loss of £403,000. A year earlier it made a pre-tax profit of £1.3 million.

It said that operating profit – or ebitda (earnings before interest, taxes, depreciation and amortisation) – rose 8 per cent to £3.2 million (£3.08 million).

And the interest bill went up by £1.1 million to £1.4 million as more pubs were taken on in London.

The company said: “The directors are pleased to report strong sales growth for the group (up 9 per cent) year-on-year, which saw the conclusion of a refocusing of the estate away from the late-night market and towards public houses exclusively.

“The Brighton estate saw significant capital expenditure on four major refits during the year, including the substantial repositioning of its last major nightclub – Life – as the Tempest Inn.

“Although the launch of the Tempest Inn was delayed for nine months by repairs to the A259 at Brighton seafront, its eventual Easter opening heralded the achievement of the company’s objective to complete the creation of an estate of quality pubs in Brighton and Hove.

“Underlying operational ebitda growth was a pleasing 8 per cent, showing that the underlying profits are growing as strongly as sales.

“The ebitda specifically for the London estate grew by 30 per cent, as sites acquired in the prior year began to meet their potential in the current year.

“Two new London sites entered service during the year, the Four Thieves in Clapham Junction and the Old Nun’s Head in Peckham, both trading above expectations for the remainder of the year.

“However, one site underperformed and the directors have taken the decision to impair its value in the balance sheet, the costs being recognised in this year’s financial statements with the intention of disposing of the site within the first half of FY16 (the 2016 full year).

“The year also saw the conversion of five tied sites to free houses, and the disposal of three sites from the Brighton estate.

“An onerous lease provision, associated with the disposal of a further Brighton site in FY16 has been made in this year’s financial statements.

“The directors are pleased with the performance of the company in what has been an important year of transformation for its estate.

“They believe the quality of the pubs and their locations in the buoyant London and Brighton market will lead to more significant growth in FY16.

“The programme to consistently improve the quality of the Brighton estate continues in FY16 with significant investment planned in four further sites.

“These investments will ensure that Laine’s unique pub formats remains ahead of the competition.

“Laine’s derives further competitive advantage in Brighton from having a large number of pubs in its estate acting as a distribution network for its own beer brands.

“Further investment will be made in the company’ s breweries and kegging facilities to increase the volumes of Laine’s beers distributed throughout the estate, particularly its craft beers.

“Further pub sites in London have been identified for acquisition, with one expected to complete before the end of quarter two.”