Commuters from Brighton and Hove faced another day of frustration as train crew shortages were blamed for a series of delays and cancellations.

The problems on the railways were exacerbated by signal failure in the Haywards Heath area and at Littlehampton.

Hove MP Peter Kyle is due to take up commuters’ complaints with Rail Minister Claire Perry in the new year. The Labour MP is due to meet the minister on Friday 8 January. 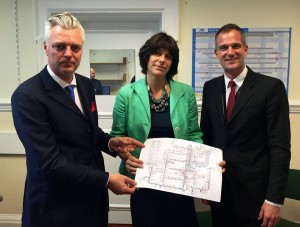 Lewes MP Maria Caulfield, a former Brighton councillor who lives locally, also spoke out today (Wednesday 23 December). She said that she would join other local MPs at the next meeting of the South East Quadrant Rail Taskforce, chaired by the Rail Minister, in Parliament on Monday 18 January.

Today the main local train operator Southern said: “Some Southern services may be cancelled later today due to a temporary shortage of available train crew.

“We are extremely sorry for the disruption to train services.

“Customers can apply for compensation if you have been delayed by 30 minutes or more.”

Southern, Gatwick Express and Thameslink also said that they agreed to “joint ticket acceptance on train services between Brighton and London” until about 8pm.

The staff shortages have prompted a ballot in favour of strike action among members of the ASLEF trade union who work as conductors.

And the shortages have been particularly pronounced this week. 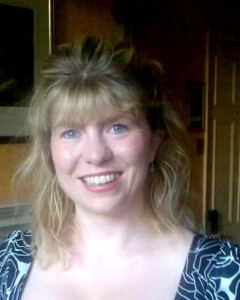 Southern said on Monday (21 December): “Sometimes you may see that a service has been cancelled due to a member of train crew being unavailable. We know how frustrating it can be and would like to apologise.

“There may be various reasons for a member of train crew being unavailable, for example, when the service is disrupted this can lead to train crews being displaced and unable to crew their next scheduled service.

“However, one of the underlying factors is that sometimes we do not have enough train crew to carry out both day-to-day operations and the large amount of training required to enable long-term passenger service improvements without asking train crew to work rest days.

“We have been working flat out to address this with the UK’s biggest driver recruitment and training programme.

“We, like the rest of the rail industry, rely on a degree of rest-day working. The amount of rest-day working we need fluctuates, depending on factors such as labour turnover and sickness levels, as well as covering for holiday leave.

“We have under way the biggest driver recruitment programme in the UK, alongside ongoing conductor training. This will result in a more consistent service for our passengers.

“How long will this take? It takes over a year to train a driver to the high safety standards expected in the industry – that’s a minimum of 240 hours in practical training and an additional 840 hours learning theory – and we cannot train the large number of drivers we need all at once so there is a rolling programme.

“Also, while we are recruiting and training, existing train crew retire and leave for personal reasons.

“As a result, there continues to be a risk of cancellations, in particular during periods of high annual leave but we are steadily overcoming this.

“In the meantime we will continue to keep you informed of any possible cancellations via our station screens, app and website.

“Thank you for bearing with us.”