Families may be able to take cheaper term-time holidays after a debate about school holiday dates in Brighton and Hove.

Among the ideas being put up for discussion are

• creating an additional standalone week’s holiday at a time when holidays are less expensive, possibly by reducing the current six-week summer holiday

The ideas – and a decision on whether to ask schools, governors and others about them – will be debated in just over a week’s time.

The proposal is on the agenda for the next meeting of Brighton and Hove City Council’s Children, Young People and Skills Committee on Monday 11 January.

The debate made it on to the agenda after council project manager and parent Annie Heath presented a petition to the committee in October. 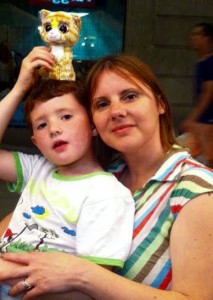 If councillors agree to explore the options, detailed proposals would be brought back to a future committee meeting for discussion before going out for further consultation with parents, carers and schools.

Children, Young People and Skills Committee chairman Councillor Tom Bewick said: “If there is something we can do to offer lower-income families in particular the chance to take holidays that would otherwise be unaffordable then I think it’s worth exploring.

“Being able to take a cheap family holiday in March, for example, would make a huge difference to thousands of local people – including of course our teachers.

“The long summer holiday goes back to the 19th century when children helped bring in the harvest.

“It’s time to take a fresh look at this and try to find a consensus for what works best for families in the 21st century.

“I often hear people saying the six-week summer holiday is too long and also that the autumn term is too long.

“Creating an extra week’s holiday in October or November, for example, might be a way of addressing both these issues.

“If the initial reaction to a change in the holiday pattern is positive we will develop a detailed proposal which we will then formally consult on.

“I will be very interested to hear schools, parents and children’s views on this issue.”

The council said: “Individual schools make their own decisions about when they take their inset days.

“The council has no powers to tell schools to take them at particular times but it currently asks them to use the first day of each term as an inset day.

“Term and holiday dates set by the council have to be followed by all the city’s community schools. The city’s academies and voluntary-aided faith schools are not obliged to follow these dates but all of them currently do so.

“Term-time dates are usually set between 12 and 18 months in advance. Anything that might be agreed through new proposals would not come into effect until the academic year 2017-18.”

To read the reports for the Children, Young People and Skills Committee, click here. The report about aligning inset days and the pattern of school holidays is agenda item 56.

Brighton and Hove parent Noah Myers and his wife were fined for taking their two sons out of school for a family trip to Poland. 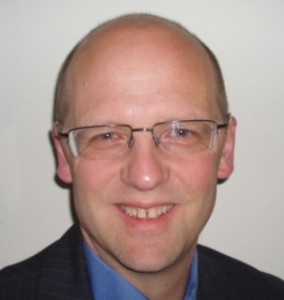 Mr Myers is taking legal action against the council for breaching the Human Rights Act which enshrines protection for family life.

He said last month: “The Brighton and Hove attendance code does not include safeguards to protect human rights so schools are free to fine who they like to improve their numbers, without educational justification.

“For a city that prides itself in treating others with dignity and respect, it is shameful that the lives of children and families are being criminalised so freely.

“The council can make choices in how the national attendance policy is implemented.

“While schools can authorise leave for ‘exceptional circumstance’, they do not have to.

“The definition has become very narrow and some schools only authorise ‘very significant’ circumstances.

“There is no requirement to take education or the child’s wellbeing into account so you run into situations like seven-year-old girls not being authorised to leave school on a Friday to be a flower girl at a family wedding on the weekend. It’s really out of control.

“The Parents Union is supporting me in bringing a case and I encourage other parents to promptly contact them as quickly as possible in the event that schools have made a decision that they believe is unfair.”

After a court overturned a fine issued by Isle of Wight Council, officials and councillors are reviewing how they try to enforce the government crackdown on pupil absence.

When Annie Heath presented her petition, she said: “It isn’t the fines that stop me. They are not a disincentive. It is because I know that schools find it disruptive to have children absent.

“But the longer this situation is in place, the more our choice becomes pay a fine and still be at least £1,000 up or never afford a holiday.”

• The Children, Young People and Skills Committee meeting is due to take place at the Friends’ Meeting House, in Ship Street, Brighton, at 4pm on Monday 11 January. The meeting is open to the public.