More than a thousand people have signed a petition calling on the council to save a fence which encloses an area of Withdean Park and allows dog owners to train puppies. 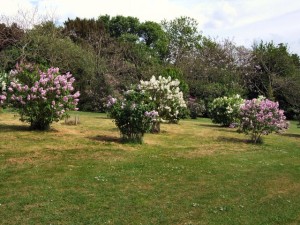 The lilac enclosure was fenced off in 2000 to keep rabbits away from the newly planted flowers, but has since become known far and wide as a great place to safely let puppies and young dogs off the leash.

But the fence is now dilapidated and no longer needed to protect the lilacs, and rather than spend £10,000 replacing it, Brighton and Hove City Council is planning on dismantling it – to the dismay of dog owners, hundreds of whom have signed a petition protesting the plans.

But the move has been welcomed by the Friends of Withdean Park (FoWP), who say they are fed up with the dog mess left in the park, in particular by commercial dog walkers.

The petition reads: “Withdean Park fenced space is a unique facility in the Brighton area that is popular with local residents and people from wider afield, alike.

“It is a safe destination for dog walkers that attracts many families and young children wishing to spend time outdoors with other likeminded dog owners.

“For the council just to decide to withdraw maintenance of such a popular resource without trialling other ways to fund and support this vital community facility (such as a low-cost toll scheme or leasing a cafe site to generate revenue – both of which would encourage more creative and even wider use of the park by the public) is not responsible and amounts to short-sighted management of the city’s park.”

Stuart Derwent, FoWP committee member, said: “At our 2015 AGM in June a council officer said that the fencing was coming to the end of its life and the council was unlikely to replace or maintain it.

“Their view was that it is a health and safety issue with it becoming dangerous. Those FoWP members present were generally against the retention of the fence. Their particular concern was the increasing amount of dog muck not picked up.

“This was felt to be largely due to the increasing use of the enclosure by commercial dog walkers who frequently had six or more dogs with them. It was considered impossible to keep an eye on and clean up after such a number.

“The FoWP view is that the fate of the fencing is in the hands of the city council.”

The deterioration of the fence has coincided with the downgrading of the lilac collection, which lost its national collection status in 2006. The fence was also damaged by travellers, some of whom drove through the fencing at the top and bottom and removed paving slabs and timber.

Mr Derwent added that the FoWP were far more concerned about cuts to the council ranger service, which in turn meant volunteer groups such as theirs would be left with little support to carry out park maintenance.

A council spokeswoman said: “Due to reductions in funding from central government the council has to find savings of around £68m over the next few years. All council budgets are therefore under intense and continuing scrutiny.

“With regard to fencing and parks, the council is giving priority to maintaining fencing around children’s play areas.

“The fencing in Withdean Park was originally put in to protect a national lilac collection from rabbits. There are still lilacs in the park but there is no longer a national collection.

“Although no longer needed for its original purpose, staff and volunteers have kept the fence in place as they are aware that it is popular with dog walkers. While this was a matter of putting the odd new post in, it could be managed within budget.

“The fence has now deteriorated to a state where it needs replacing at an estimated cost of £10,000 which the current parks budget won’t stretch to.

“However, we are always interested in new income streams for parks and if external funds could be raised for the replacement and maintenance of the fence then it would certainly be considered.”