Hove MP leads Labour campaign to remain in the EU

Hove MP Peter Kyle has already started campaigning to remain in the European Union. He will lead the “in” campaign for Labour in the south east, with a referendum due to be held on Thursday 23 June.

Mr Kyle said: “Well I don’t know about you but I’ve found the theatre (pantomime?) of the last few days in Brussels rather frustrating even though I agree with the new rights granted to Britain and other member states.

“That’s because on (Thursday) 23 June we’re not voting on a ‘handbrake’ or opt-out on ever closer union. The simple question we will be asked is this: ‘Should the United Kingdom remain a member of the European Union?’

“My lived experience and learning both tell me that the answer is ‘yes’.

“I co-founded a local small business which at the time sold DVDs (remember them!) around the world.

“Trading and dispatching them within Europe was a doddle and highly profitable but anywhere else required form-filling, import duty and dreaded ‘red tape’.

“It was the same when we went abroad to film our videos. In Europe it was as simple as in this country but elsewhere required work visas and huge amounts of form-filling.

“Our economy in Brighton and Hove is dominated by small businesses, tourism, and education.

“Ninety per cent of our businesses employ less than eight  people so the experience I had will be repeated throughout our city.

Big business can absorb additional regulation, red tape and extra costs and if they don’t like it they can often leave the country for one they feel is a better environment for them. Small businesses simply go bust.

“Our two universities receive millions of pounds in research grants from the EU and have extremely tight relationships with other universities in Europe in order to tackle some of the biggest challenges of our time: medical research, environmental, energy generation, and understanding human behaviour.

“Losing this would not only damage Brighton’s universities it will damage humankind’s ability to solve global problems. 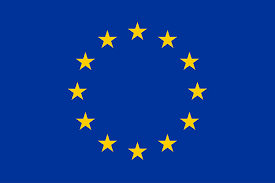 “Britain is a confident country. Confident of our values, confident about our culture, and confident enough to trade openly.

“This confidence has led to Britain having a powerful voice when big decisions are made.

“It was Britain that led the world to cancel third world debt which unleashed so many of Africa’s economies and their dependency on aid.

“It was Britain that helped found the United Nations and NATO, and since 1973 joined the EU and by playing an active role in each created the most stable, peaceful, and prosperous period in the entire history of our continent.

“We should use these achievements as the foundations from which to tackle the next set of challenges we face, not abandon them and leap into an uncertain and unstable world untethered.

“A vote to remain in the EU is a vote to change it for the better. The biggest challenges we face as a country – migration, energy security, global warming, terrorism and security and economic instability – can only be solved by strong international co-operation.

“Acting alone, Britain will be a diminished voice and that means we will be more vulnerable to global uncertainties, more affected by decisions made by other countries, and less able to influence decisions based on our values and experiences.

“That would not only be a shame, it will be damaging to us and the rest of the EU and further afield too.

“The changes I’d like to see would be a more visible focus on those big challenges and less on small regulation that should be the business of sovereign states.

“Secondly, so much emphasis has been put on countries coming together within the EU but I think it would be a sign of strength to celebrate our differences as nations too.

“These, and much more, are achievable if we remain in the EU and help it evolve for the challenges ahead.

“Global power is moving east towards Asia. We are a country of 70 million people and will need to stand up to and influence a country of 1.3 billion that will soon become the biggest economy in the world.

“Personally I’d like to have a whole continent behind us when we talk to China about trade and human rights.

“When the cast of Friends negotiated their pay they did so together with one voice so the network couldn’t pick off the weakest.

“I know Europe isn’t a sit-com, despite David Cameron’s best attempts to make it so. But I have no doubt that together we as a group of 27 nations will achieve more than we can alone.

“We as individuals, a community and city, and our economy and our great universities will have a stronger, safer, more prosperous future by staying in the EU and helping it adapt than going it alone.

“Today it was announced the referendum will be on (Thursday) 23 June.

“I have wasted no time by becoming Labour’s lead for the ‘Labour In’ campaign in the south east, and getting straight out into our community today to speak to residents, to listen, and explain why I believe so strongly that our future is better secured by remaining in a reforming EU.”

His view was shared by Brighton and Hove City Council leader Warren Morgan.

He said: “(The council) secured over £4 million in funding from the EU to boost transport, skills training, creative digital, public safety, the creative digital sector, tackling substance misuse, adult education and more last year. Our city is better in the EU. In addition our city’s two universities secured millions in R&D funding. Our city is better off in the EU.”