Southern services have been delayed this afternoon after a passenger was taken ill at Hove Station. 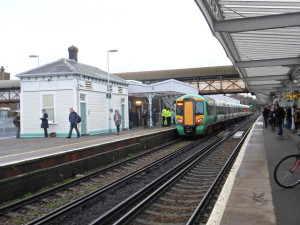 One platform is currently blocked while the train waits for an ambulance to arrive.

Services through the station are delayed by up to 10 minutes until 5pm.

The Southern website says: Due to a passenger taken ill on a train at Hove and waiting for an ambulance one platform is currently blocked.

“Services are able to run but may be delayed at Hove.”

⚠Due to a passenger being taken ill at #Hove southbound services may be delayed.