Scores of helpers clear truckloads of rubbish from Madeira Terraces

A community clear-up organised by a Facebook campaign and supported by the city council’s dustmen cleared dozens of bags of rubbish, including needles, from the seafront and Madeira Terraces this weekend. 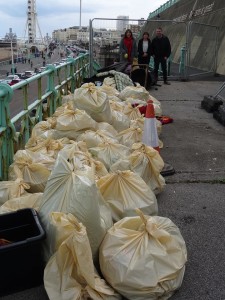 The event was suggested by council leader Warren Morgan, but taken on and given life by Jax Atkins via her two local Facebook pages, Kemp Town Brighton Past & Present, and Madeira Terraces & Black Rock.

The latter group was started as a place for residents to discuss and campaign for the restoration of the terraces, which have been closed off since serious structural defects were uncovered. 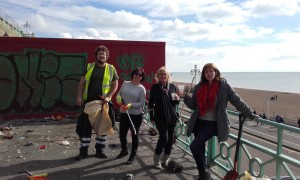 Jax said: “About 50 people turned up on Saturday, and about a dozen yesterday. We are so pleased with what we managed to achieve.

“My group of four went with Nick from Cityclean to clear up part of the Middle Terrace to the east of where the boards have blocked off the part exposed for engineering analysis. 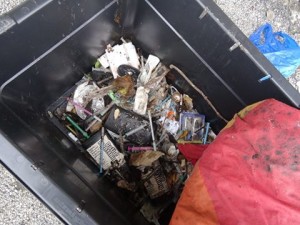 “Others who turned up went to other parts of the Kemp Town seafront – some to Marine Parade, some to under Madeira Drive & some along the Volk’s area.

“It was a pleasure to do it and extremely satisfying.” 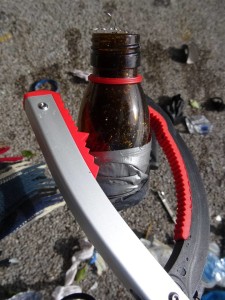 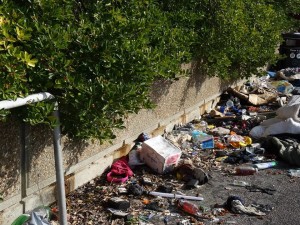 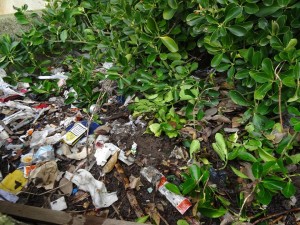 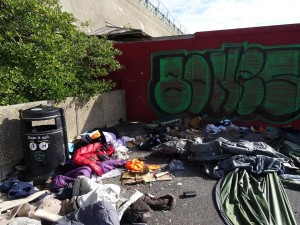