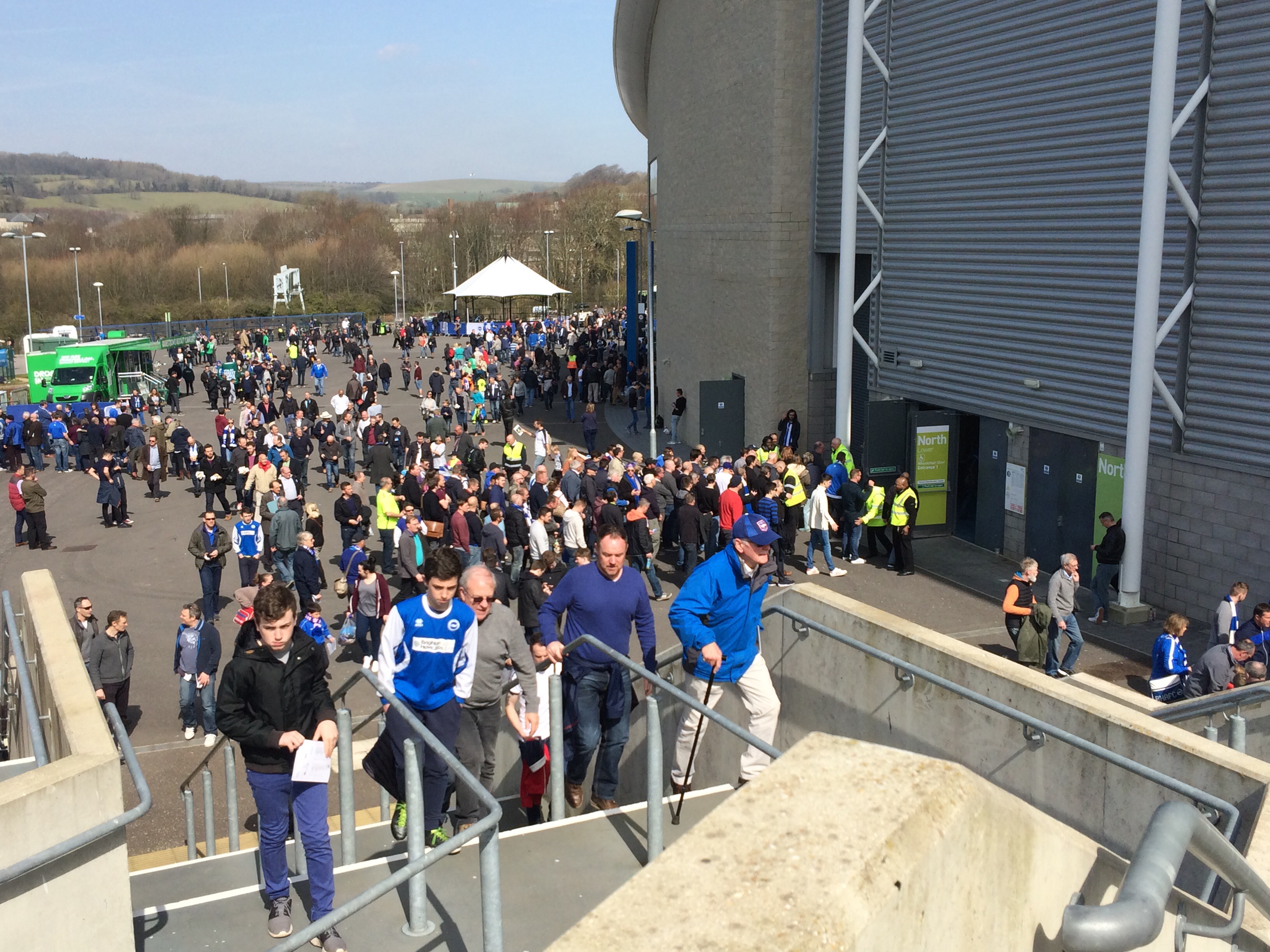 A huge crowd of almost 30,000 meant massive queues before kick off and generated a much-improved atmosphere at the Amex.

Albion took the game to Burnley and on 30 minutes, from an Anthony Knockaert corner, Dale Stephens somehow steered the ball home at the back post, with Burnley’s England keeper unable to keep it out.

But within minutes Burnley were level. Former Seagull Stephen Ward had been making a nuisance of himself at set pieces. As David Jones sent in a corner the ball landed in the box and almost went dead. As Bruno Saltor and Ward tussled, Stephens couldn’t react quickly enough and Andre Gray fired the ball past David Stockdale from six yards out.

Not long after Albion had the chance to go back in front. Both Jamie Murphy and Tomer Hemed raced on to Beram Kayal’s through ball as Joey Barton came sliding in. The ball squirmed to Hemed who fired wide from eight yards with only Tom Heaton to beat.

Before half time Albion went back ahead. Bruno and Kayal were involved before Knockaert twisted and turned Ben Mee and Ward to fire up and over Heaton with the help of a deflection to send Albion in 2-1 up at half time.

With James Wilson replacing Sam Baldcock late in the first half Albion had to change their attacking strategy.

Wilson doesn’t have Baldock’s workrate or the understanding with Hemed. But the main key pairing on the pitch was the developing battle between Kayal and Barton.

The first incident saw the former Manchester City man probably mistime a tackle on the Albion midfielder but then a crude lunge followed by a fully weighted stamp on the Israeli’s knee was adjudged accidental by referee Craig Pawson.

Albion were still going for a third and Murphy sprinted clear. Wilson raced into the box clearly showing Murphy where he wanted the ball played. Sadly for Albion, Murphy played it behind Wilson and the chance was gone.

Kayal and Barton continued to kick lumps out of each other culminating with Barton appearing to lead with an elbow as the two challenged for a header.

Albion were seeing it out – just – but from a Burnley corner Keane rose highest and the ball bounced off Liam Rosenoir along the line and was hoofed clear by Steve Sidwell. Burnley claimed a goal and it probably was but the officials waved play on as Sean Dyche flapped away on the touchline. 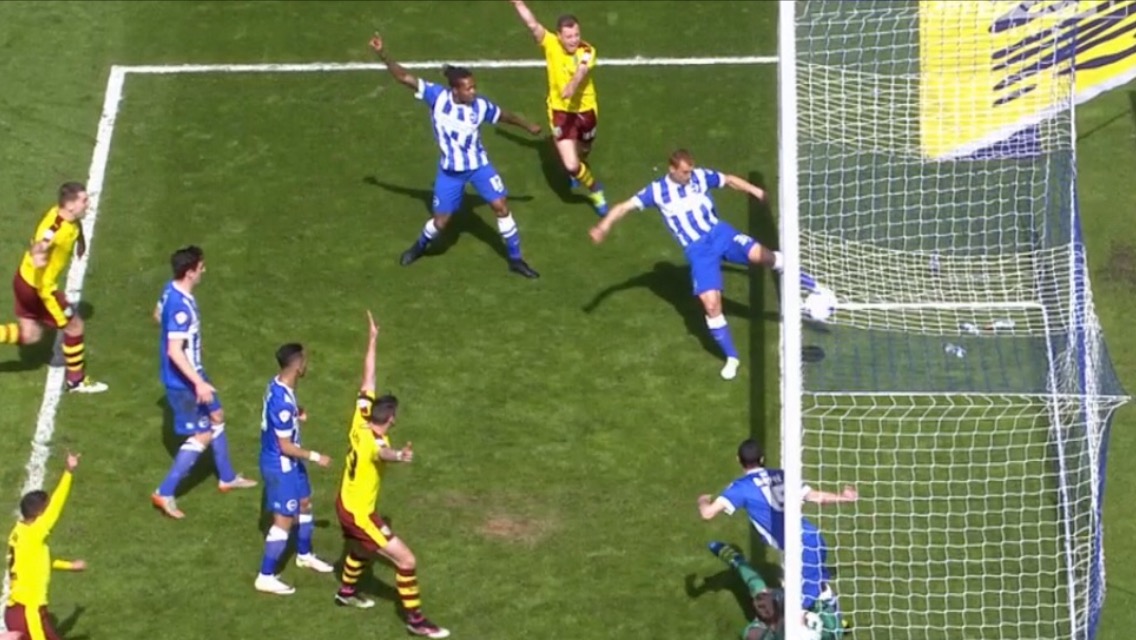 Albion looked to have got away with it, until Keane rose highest again at a stoppage time corner and thumped a header past Stockdale, after out muscling Lewis Dunk.

At the final whistle and after having so much at stake, the skirmishes continued with Dunk, Knockaert and Kayal squaring up to Barton, Keane and even Dyche who had unnecessarily wandered on to the pitch.

Albion must go again at Birmingham on Tuesday. They may not have won this battle but the war is still there for the taking.