The Regency Society says it is disappointed its proposals to knock down Hove Museum and build a new cultural centre and housing have been rejected out of hand as “crackpot”. 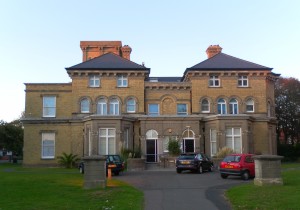 The society’s chair Roger Hinton earlier this month called for the demolition Edwardian Brooker Hall, in which the museum is housed, to make way for a state of the art new museum and library, built by a private developer and funded by housing on the same site.

But the proposal, put forward as an alternative to building an extension on the museum to house the library if plans to sell the Carnegie building go ahead, has already been dismissed as unworkable, which the society says is unfair.

Mr Hinton said: “The Regency Society of Brighton and Hove remains concerned that the council is about to rush into a very poor decision.

“We are disappointed that it does not seem willing to consider our alternative suggestions, which aim to improve the service to the people of Hove by creating a new, 21st century high quality library and museum to be funded by including housing in the site.

“The council has dismissed our proposal in a few words as ‘unworkable’, with no real explanation. According to the Council’s current plans, moving the library into the Museum building will mean it will have much less space compared to the current building (not much more than half).

“The museum building is unsuitable for a library as it is composed of a number of small rooms, which makes the space inflexible and cramped. Museums and libraries are a vital part of our heritage and we believe Hove residents deserve better. We believe that this impractical arrangement will not last long and a rethink (and yet more cost) will be needed in the near future if this goes ahead.

“This proposal is in stark contrast with the Jubilee Library and historic Brighton Museum which both offer bright, welcoming and spacious facilities.

“We believe it is vital that time is spent now getting this right, so we are urging the Council to think about the Hove Museum site again with a view to offering a more attractive, higher quality and community friendly solution which could cost less than a rushed conversion of the current museum.”

However, Tom Bewick, the city council’s education spokesman and ward councillor, stood by his view that the society’s plans are a “crackpot scheme”.

He said: “I have been out delivering 200 personal letters on the doorstep over the last two weekends, and I haven’t come across a single resident who lives anywhere within a square mile who thinks the Regency Society proposal is a serious idea.

“I have called it a crackpot scheme on Twitter and I stand by that. People are a bit bemused that the Regency Society should be devoting so much time on something which seems antithetic to what they’re thought to be about.

“Look at what happened with the Sackville Tower – developers were sent away with a flea in their ear. This scheme has got another Sackville tower written all over it.

“If the relocation goes ahead, we want the Regency Society to work with us to ensure that what we get is the best of both old and new.”

Councillors are expected to approve hugely controversial plans to move Hove Library from its current home in the Carnegie building in Church Road a few hundred metres west to the museum site in New Church Road.

Brighton and Hove City Council said it needs to do this because the cost of making repairs to the existing building would lead to the closure of branch libraries in the city’s suburbs.

It is currently proposing to build an extension to the Edwardian museum to house the library across the ground floor, with the museum moved to the first floor.