A Brighton dad who challenged a ban on term-time holidays at the High Court says he hopes another father’s success at quashing his fine will help convince the government to change its policy. 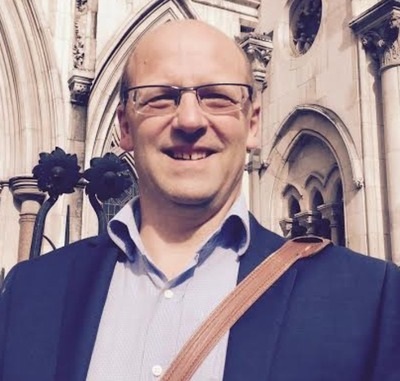 Noah Myers argued that putting schools in a position to effectively  judge whether someone has broken the law or not, with no right of appeal, breached his human rights after one of his son’s schools reported him to the council for taking them to Poland to see their American cousin compete internationally.

Last month, he heard that his high court bid was unsuccessful, but this month another father, Jon Platt, has his fine quashed by using the different argument that he should not have been fined for taking his daughter out of school as her overall attendance through the year was good.

Mr Myers says he is now preparing for another challenge while waiting to see how this decision affects government policy before deciding whether to take his battle onto the European Court.

He said: “Under the existing approach, schools are compelled to make value judgements on who and what ought to be important in family life without regard to academic merits or the wellbeing of the child.

“In my case, the local authority and school jointly determined (without my consultation) that my children’s cousin did not justify support simply because she was a cousin.

“Not only is this approach deeply insulting, but it raises significant questions over civil liberties and whether this degree of intrusion is justified (or sensible).

“The perceived merit of cousins is  a very flimsy basis for a criminal decision and  makes a complete mockery of the criminal justice system – especially as there is no right to appeal, submit evidence or contest a decision outside judicial review.

“My hope is that the local authority does what it can to encourage more credible and less intrusive decisions, but the root of the problem is in central government.”

Mr Myer’s view that the government needs to look again at its approach to unauthorised absence chimes with the city council’s lead councillor for education, Tom Bewick.

In an open letter to education secretary Nicky Morgan, Mr Bewick said: ” I was very disappointed at the knee-jerk reaction to the ruling by your officials.

“Instead of saying that you would reflect on the ruling and look to consult on the matter with representatives of local authorities, head teachers and parents, you decided to issue an immediate statement promising simply to implement an even more punitive regime in future.

“Before you rush into new legislation, I would encourage you to reflect on this recent case and others like them, where exasperated parents have increasingly lost confidence in your department’s ability to respond to the broader emotional, health and well-being of children who may, on occasion, be taken by their parents out of school during term-time.

“The current definition of ‘exceptional leave’ is clearly not working and neither has this definition it seems satisfied the courts.

“The guidelines before 2013 placed more discretion with headteachers, in consultation with parents, about what overall was in the best interests of their child’s education and the wider school community.

“I would strongly encourage you therefore to introduce a far less punitive, more flexible approach to unauthorised term-time absences in future. That would leave council resources and our courts to focus on real offenders.”

Mr Myers’ case was not accepted, in part because it was passed to a third party, the Parents’ Union, but also because the judge said they had not shown that the decision had breached Article 8 of the Human Rights Act, which protects individuals’ rights to a private family life.

He is also considering arguing that the limited right to appeal and contest the head’s decision breaches his right to a fair trial.

Mr Myers’ sons attended Stanford Infants and Stanford Junior School. Both schools marked the absences as unauthorised, but only the junior school asked the city council to instigate a fine.

While he waits to see what the government does next, Mr Myers says he will continue to campaign with the Parents’ Union, which also opposes the forced academisation of schools and what it sees as the alienation of parents in the education system.