The owner of a petrol station where scores of cars have been damaged by a petrol pump mix up says he is doing everything he can to get his customers’ cars back on the road. 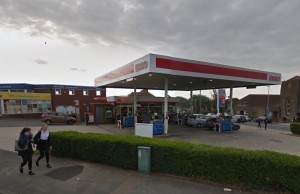 Gunvant Patel, who owns the Esso branded garage in Hangleton Road, says calls are still coming in after last week’s mix up, which saw diesel put in a petrol pump.

So far, 40 customers have already contacted him with complaints of damage to their cars as a result.

Mr Patel said the mix-up was the fault of the driver of the petrol tanker who filled the pump at about 10.30am last Monday morning. The mistake was only discovered the following morning.

He said: “It was a loading error in the depot by the driver of the Esso nominated supplier. As soon as we realised that there was something wrong with the fuel we shut the site down, cleaned the pumps out and put in fresh fuel.

“We have sorted out all the customers who had this contaminated fuel. There have been about 40 cars and we have more calls coming in.

“We will have to claim it from the supplier who originally filled the pump.

“My main concern is my customers and we would like to sort the problems out as soon as we can.”

One customer, Samuel Murray, said the damage to his Range Rover could cost as much as £6,000 – although as his car usually ran on diesel and appeared to have been filled with petrol it was not yet clear what exactly had happened.

He said: “He’s taking fault for the petrol pump going wrong, but not the other side. I feel a bit sorry for the guy because there’s so many people affected by it.”

Another, Nick Plant, also said he felt sorry for Mr Patel. He said: “After talking to him feel bad for him. It wasn’t his fault and he’s more than refunded damage. My car is actually running better than it ever has after the flushing.”