Brighton broadcaster looks back at the swinging sixties

Brighton broadcaster Simon Fanshawe looks back at the swinging sixties in a documentary to be screened on Wednesday (1 June).

He is presenting Living in ’66 – The Education Revolution, produced by Brighton-based production company Factory Films for BBC South East.

It is one of 11 in a series of films looking at the era that will be broadcast by the BBC regions on the same evening.

It is 50 years since England won the football World Cup and mini-skirts and the Beatles were making headlines. But the programmes aim to look beyond the famous fashion, music and football of the decade, with Mr Fanshawe speaking to some of the early students at Sussex University. 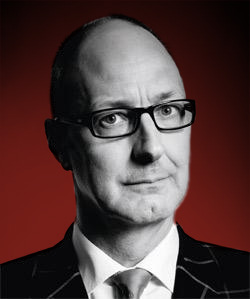 Sussex was one of 15 new universities to open in the early 1960s and Mr Fanshawe studied law at the Falmer campus in the 1970s, later chairing the university’s governing council.

He tries to find out what it was like for the first generation of Sussex students, asking if they realised at the time that it was such an important moment of social change.

The 30-minute documentary combines archive footage and the memories of those now in their own swinging sixties – or even older. It is being aired at 7.30pm on Wednesday.

The BBC South East programme was made by factual producers Lisa Fairbank and Julie Heathcote who set up Factory Films in 2012. Their other programmes include The Dog Hotel.