Hundreds of people gathered on the Downs above Brighton to remember the sacrifice of soldiers who came from India to fight in the First World War.

The service started with the strains of a London Scottish Regiment piper and included prayers in Punjabi and a hymn in Hindi.

The rain held off as wreaths were laid by a descendant of a soldier who died, the mayor of Brighton and Hove Pete West, police commander Chief Superintendent Nev Kemp and Brighton Kemptown MP Simon Kirby. 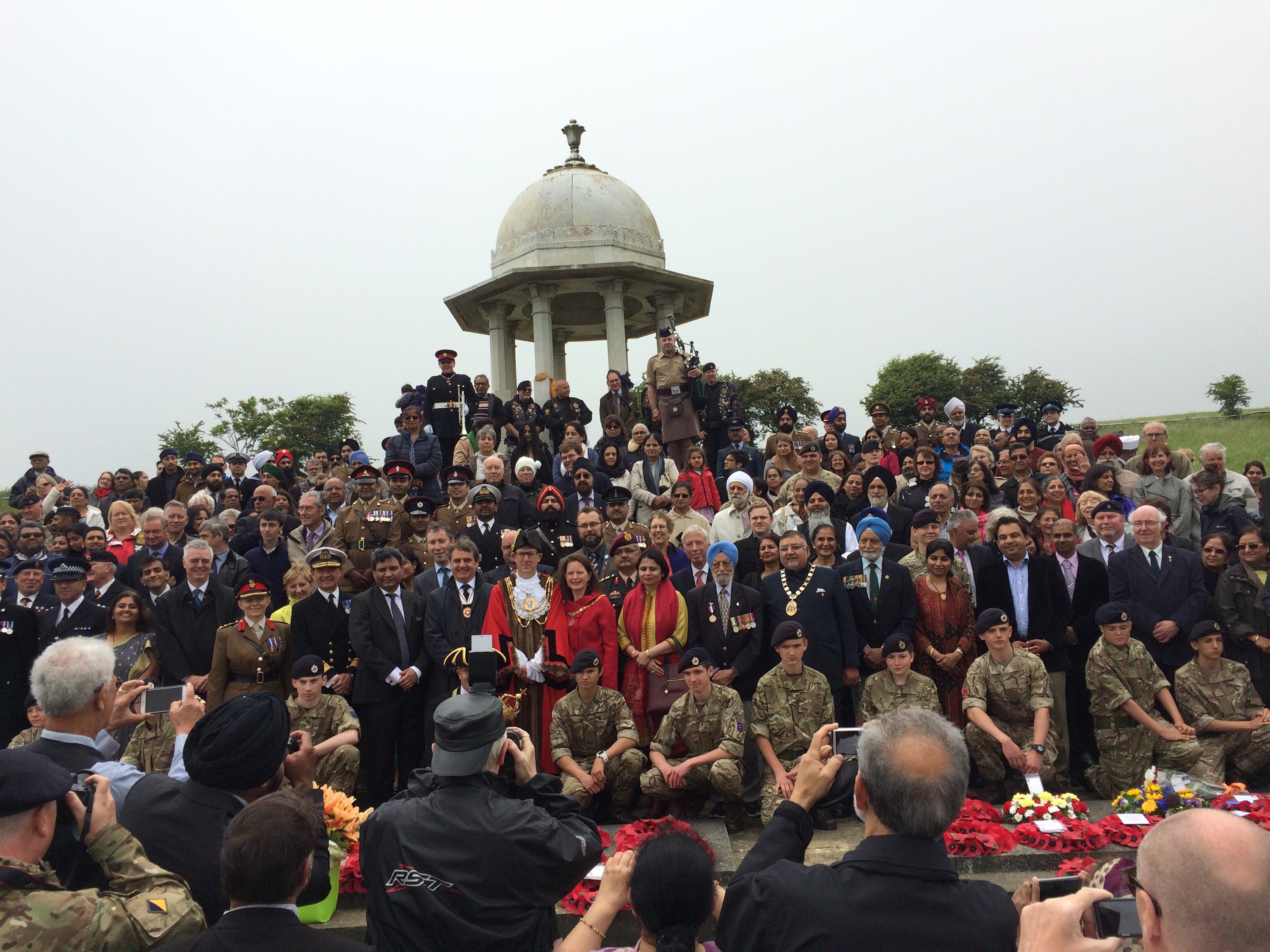 All the armed forces were represented, along with the Royal British Legion, other veterans’ organisations and local cadet units, in particular the Sussex Army Cadet Force.

Hindus, Sikhs and Muslims fought alongside British troops and some were treated for their injuries at the Royal Pavilion, converted into a hospital. 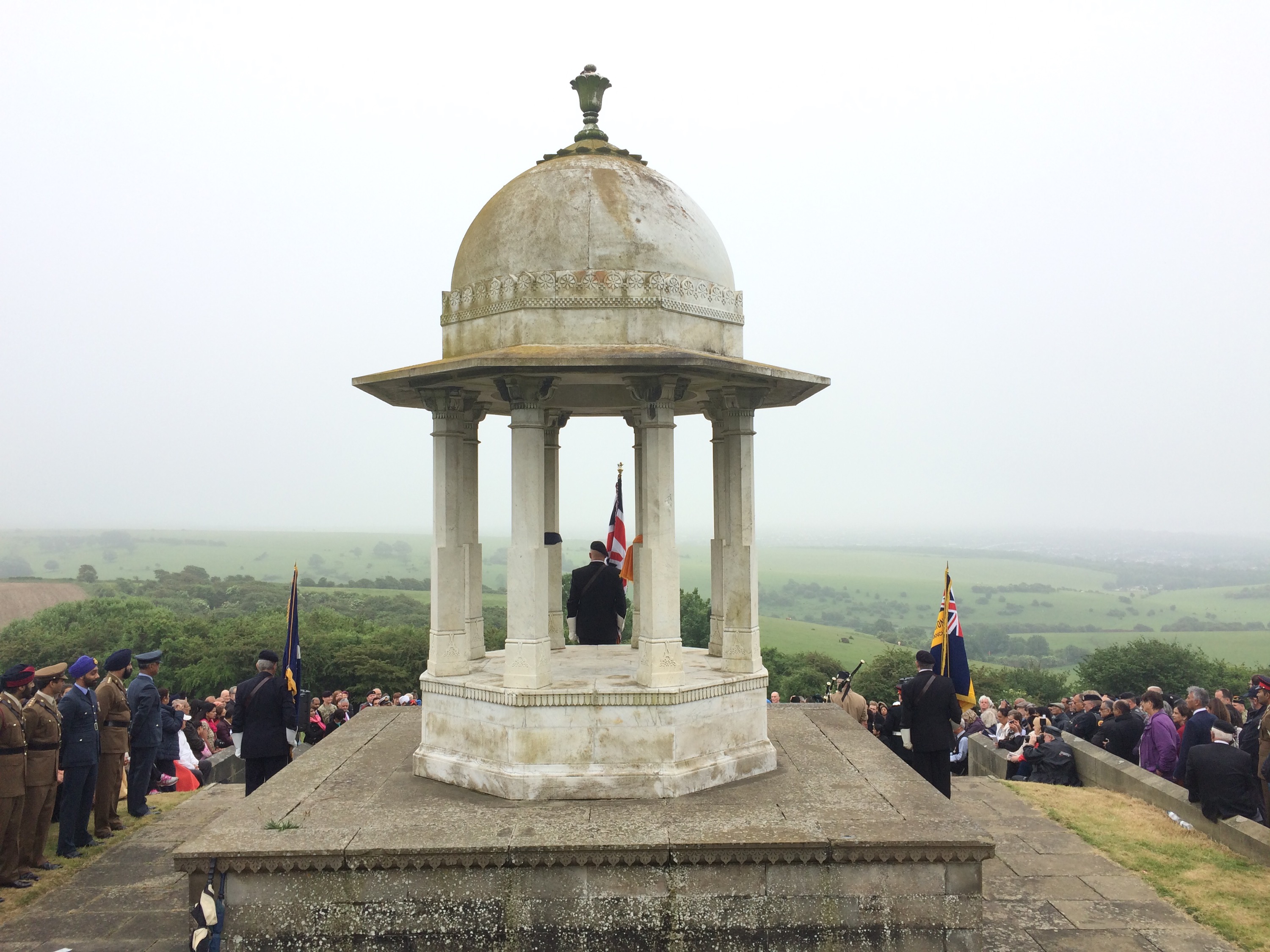 The Indian deputy high commissioner Virander Paul thanked “the wonderful people of Brighton” for “being a place of healing” for soldiers from the subcontinent.

After the Last Post and Reveille were sounded by bugler Heidi Watkins, many of those at the remembrance attended a reception at Dorothy Stringer School.