Hove students chosen to tread the boards at the National Theatre

Students from Hove Park School have been chosen to star in a play being staged at the National Theatre.

Eleven pupils have been cast in Citizenship by Mark Ravenhill who was born and raised in Haywards Heath.

The school said: “We are very proud to announce that Hove Park has beaten off stiff competition from 500 other schools, youth theatres and professional theatre companies to perform at the National Theatre as part of their Connections Festival celebrating youth talent. 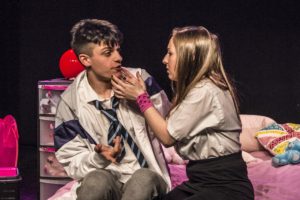 “Connections is the largest youth theatre festival in the world and is this year celebrating 21 years of brilliant new writing for young people aged 13 to 19 by some of the UK’s most exciting playwrights with performances by 12 companies.

“Students Hari Johnson, Eleanor Rowland, Lily Alderson, Phoebe Cook, Liam Purtell, Gareth Bourne, Devon Magness-Jarvis, Noah Bramley, Mellisa Penduka, Ilayda Yoleri and Max Bower will tell the story of Tom, who dreams of being kissed, but he’s not sure whether by a man or by a woman, and he feels he should choose pretty quickly. 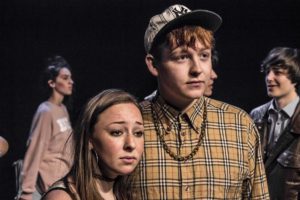 Director Tania Banks said: “Ours is a city rich in diversity, which also reflects our student and staff population.

“Citizenship was a play that connected with us all as it communicates the themes of sexual identity, which are so relevant to the lives of young people.

“Friendship is also deeply rooted within this production and we have bonded on and off-stage. We are absolutely over the moon to perform at the National as this really is the stuff that dreams are made of.”

Tickets are available for just £5 for a limited time. To book seats, click here.