Brighton and Hove has voted overwhelmingly in favour of Remain as Britain votes to Leave the European Union in the referendum.

David Cameron has resigned as Prime Minister with a replacement to be elected within three months. Talks about Britain’s exit from the EU will be conducted by his replacement.

Councillor Tom Bewick, the Labour leader of the local Leave campaign, said that Brighton and Hove had as so often bucked the trend and should be congratulated for that.

The immediate job, he said, for all politicians and officials was to ensure stability.

Of 154 spoilt papers, 49 people marked Leave and Remain, 6 voters identified themselves and 99 ballot papers were uncertain. 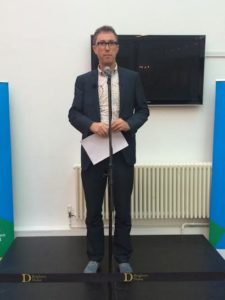 Leave campaigner Councillor Steve Bell said: “I am ecstatic to see the voices of ordinary people have spoken and dismissed project fear for project hope.

“This is a new dawn for the UK today but nothing will change straight away as this is only the beginning.

“Although we have voted to leave the EU, we need to make clear sound measured decisions to ensure stability.

“We must be mindful to bring all the people of the UK with us along this journey and keep them informed at all times. 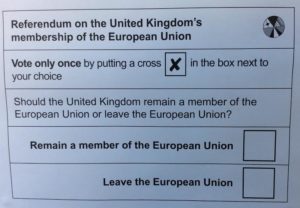 “We do have exciting times ahead as we start to take back control and see the UK enter the global stage negotiating our own trade deals and retaking a seat at the WTO.

“This is a time to start investing in our country and looking after services which need more financial aid.

“And with the money we will save from leaving the EU we can start to make a difference to people’s lives.”

Former Hove MP and Remain campaigner Ivor Caplin said: “I’m delighted at the result that we have achieved in Brighton and Hove.

“It’s an incredible achievement to get over 100,000 votes. It makes clear that Labour is the dominant force in the city.

“This is tinged with huge sadness about what has happened in the rest of the country.

“It’s not the decision I wanted but both political parties will have to give serious consideration to the result.

“It’s not just about the leadership of both parties, although that has to be considered, but also about the policies that you can offer to an increasingly sceptical electorate.”

“They’ve expressed those sentiments today by voting to leave the EU.

“After a bitter and unedifying campaign, the most important task now is unifying our divided communities.

“I will now be joining my Green colleagues in mobilising alongside the trade unions, environmental groups and others to defend our hard-won employment rights and environmental protections.

“The old political party system is not representing people’s views, that is the one message this referendum has sent loud and clear.

“Politics as usual in the UK is no longer tenable. Britain’s two-party state is clearly failing.

“Greens are calling on all sides to come together to fix British democracy – starting with electoral reform for the House of Commons and elections to the House of Lords.

“The democratic deficit will not be fixed by leaving the EU – we need to look closer to home now. 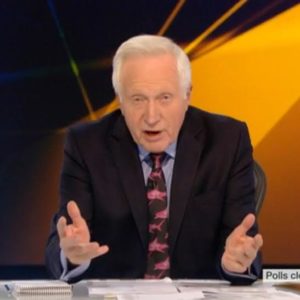 “What worries me now is the fate of many Europeans who have made Britain their home. Leave campaigners said they will be able to stay – and we expect them to honour that commitment.

“The prospect of shutting down the right to free movement is frightening, as are the long-term consequences of a campaign that has at times pitted neighbours against one another, whipped up fear, courted hatred and allowed lies and myths to take the place of truth.

“Britain deserves better and I am joining my colleagues in pledging anew to fight against division in our communities.”