A Brighton supermarket has been criticised for the way that it treated a deaf job applicant.

James Blake, 18, went for a shelf-stacking job with the Asda branch at Brighton Marina. He was called for an interview on Tuesday 26 July.

His mother, Alison Blake, described the interview as “the most awful experience” and is considering making a formal complaint.

Mr Blake was looking for a part-time job to fit around his studies. He is on a creative media film course. He completed a written application form for the Asda job which included a question asking him to state any disabilities.

Mrs Blake said: “James stated on the application form that he was deaf. He was then invited to an ‘Asda Magic’ session which was booked by email.

“We assumed that because they had asked about disabilities on the form they would read it to check and arrange relevant interpreters. When we arrived they had no idea James was deaf and there was no interpreter.” 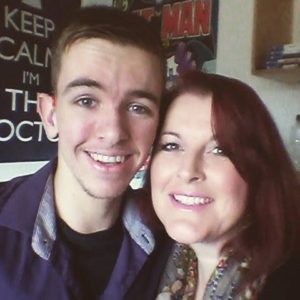 James Blake and his mother Alison

Mr Blake was expected to be interviewed alongside five other applicants. When he was called in, Mrs Blake said: “The interviewer asked to have a word with me outside and said, ‘it would have been nice if you had told us your son is deaf.’

“I was stunned and said that he had informed them on his application form.”

She said the man’s response was: “Just saying. A heads up would have been nice!” He then walked back into the interview.

Mrs Blake said: “I was stunned but didn’t want it to upset James as this was his first ever interview.”

She remained with James throughout the interview to act as his interpreter but she felt that it was difficult to translate some of the group discussions and he was “put at a disadvantage” because of this.

During the interview Mrs Blake said there were scenarios that Mr Blake was expected to discuss with the other applicants that were about management positions.

She said: “I thought the interview would be about James and if he could do the job of stacking shelves, not the kind of scenarios for a management position.

“At one point I was told in front of everyone that ‘everyone needs to participate in the next exercise’.

“I was totally humiliated as James didn’t know what he had said and I felt he was implying James wasn’t making any contribution to the group and that anything he did say actually came from me rather than him. 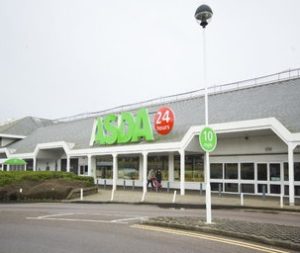 “When I left I was so angry I was almost in tears. By the time we got home, about five to ten minutes, James had an email from Asda saying he hadn’t got the job. That says to me that they hadn’t even considered him.”

This response left Alison upset as she said her family have spent “many years building James’s confidence that we didn’t want it knocked by his first experience of the working world. He is completely comfortable with his deafness and independent as any 18-year-old should be”.

Mrs Blake posted on a couple of local Facebook pages – Brighton People and the Hanover Community Board – to ask whether anyone knew of any part-time positions for which Mr Blake could apply.

She was overwhelmed by the responses which included many positive suggestions and Mr Blake has since applied for a job at Sainsbury’s.

She said: “James had an interview at Sainsbury’s and they were great. I had to call them and arrange the interview, at which time I explained that James is deaf and they immediately asked if he needed an interpreter, which we happily accepted.

“He got the job and has an interpreter booked for his induction.

“He came away from Asda with a feeling that he didn’t like and I know that he was extremely uncomfortable not having a proper interpreter.

“It makes all the difference which was proved when he came out of Sainsbury’s with a big beaming smile and then being offered the job two days later.”

A spokesman for Asda said: “While we can’t comment on individual recruitment cases, we are saddened that Mr Blake felt disappointed with his interview experience and we would like to invite him back in to meet with our store manager.”