The school said: “Results at BACA’s sixth form, known as BACA College, have gone from strength to strength this year helping students move on to their university of choice or apprenticeships and career paths.

“The overall pass rate in both academic and vocational exams was 100 per cent, with 72 per cent of entries in vocational subjects receiving the very highest grades (D* or D) and 42 per cent of BACA students achieving three or more A* to B (or equivalent) grades (at A level).

“Among students celebrating today was Dace Rezuipa, who got an A in maths A level, B in further maths, and two starred distinctions in BTEC business studies and film and TV production.

“Dace will go on to study a degree in maths at Sussex University and wishes to pursue a career in accountancy.” 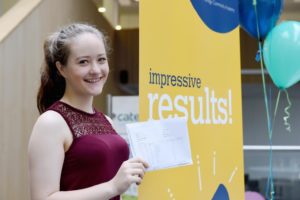 Principal Dylan Davies said: “We wish all our year 13 students a heartfelt congratulations for their individual success this year and wish them all the best for their futures.

“BACA’s vocational offers continue to set our students on their chosen pathway with the skills needed to succeed.

“The excellent number of starred distinctions and distinctions shows the great work and effort made by our students and staff to ensure BACA students succeed.

“The numbers of students on these courses who have achieved higher grades than their GCSE results had predicted is really exciting.”

Starred distinctions – equivalent to A grades – went to many of the business studies, sports studies, film and TV production and applied science students. 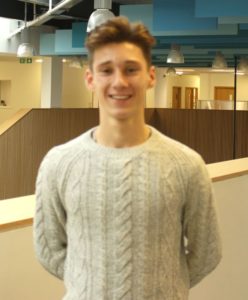 Among the other BACA students celebrating today were

Mr Davies added: “We are incredibly proud of the achievements of our year 13 students and wish them all the best for their future pathways. Our students clearly follow their passion as these results show.”

Students interested in studying at BACA College this year can speak to BACA’s director of 16-19 studies Itziar Leighton on 01273 691191.

Courses on offer include digital media, sports, construction and entrepreneurship.