A Brighton bar based in one of the city’s most beautiful buildings has closed down after just two and a half years, the latest in a string of venues to fail to make the site work. 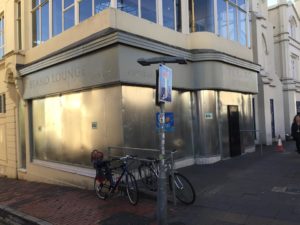 Loungers spent a reported £450,000 remodelling 95 Western Road before opening it as Verano Lounge in spring 2014, but last month it closed its doors for the last time.

It was the fourth operator to attempt to make a success of the site since 2001, but like seafood restaurant Loch Fyne, Spanish canteen Pinxto and the Rock n Roller bar, it found the location too tricky to work.

Nick Collins from Loungers, which still operates Al Campo in London Road, Brighton and Modelo in Church Road, Hove, said that their main issue was the difficulty of making the venue work over two floors.

He said: “We are certainly not the first operator to not make a success of that site.

“We closed on September 24 and we won’t be reopening there. It’s permanently closed as Verano. It’s being marketed and we hope that someone else can make a success of it.

“Al Campo and Modelo both continue and trade very well. Here, we just couldn’t get it to work.

“We trade in all sorts of locations. The footfall was relatively strong, but the property being over two levels was a factor.

“It’s a beautiful building – it’s a real shame because we invested a lot of money, and the manager Amy and her team went to a tremendous amount of effort to make it work.

“All the staff were offered opportunities within the business and the vast majority accepted them.” 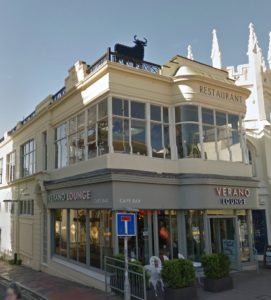 The building, with its beautiful glazed first floor frontage and wide curved bay, is fondly remembered by long-term Brightonians as the Plummer Roddis department store’s restaurant in the 1960s.

The restaurant, on the first floor, was known for its glamorous waitresses who wore outfits you could buy from the store. Later, it became part of Debenhams, until it closed in the 1990s.

The bull on the rooftop is a legacy of its time as a Spanish restaurant, Pintxo. The council instructed the restaurant to remove it, but by the time the restaurant went bust, the bull had not been taken down and it’s remained there ever since.

With thanks to the members of the Brighton Past Facebook group for memories of the building’s past uses.