A former Brighton councillor urged Theresa May “to intervene on the Southern rail network” at Prime Minister’s Question in the House of Commons today (Wednesday 2 November).

Maria Caulfield, who became the Conservative MP for Lewes at the last election, spoke out after an electrical fault sparked rush-hour misery for thousands of commuters yesterday evening.

Even late last night and in the early hours of this morning hundreds of passengers were struggling to return home from London and Gatwick.

There were complaints that rail bosses laid on too few replacement buses, there was poor organisation and inadequate information for passengers with barely a manager in sight. The damaged track affected services from just after 4pm but passengers still faced chaotic scenes more than eight hours later.

At Question Time Maria Caulfield said: “The past 18 months have been hell for commuters using the Southern rail network.

“Last night a journey that should have taken just over an hour took over four hours.

“May I beg the Prime Minister to intervene on the Southern rail network?

Mrs May said: “I feel for my honourable friend in relation to the journey she had to go through last night and the extended time that it took.

“My right honourable friend the Secretary of State for Transport has been taking action in working with Southern rail and Network Rail in relation to the improvements that are necessary.

“We have stepped in to invest £20 million specifically to tackle the breakdown on the Southern rail network which is proving so difficult for passengers.

“I recognise the degree of concern about this.

“My right honourable friend the Secretary of State for Transport is on the case and is working to ensure those improvements.” 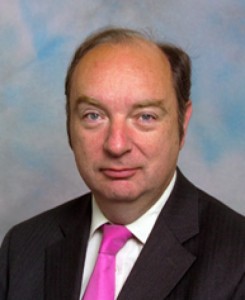 He has written two scathing Facebook posts in recent about the delays and disruption that affected passengers yesterday and the weekend before last.

Yesterday (Tuesday 1 November) Go Ahead told shareholders: “GTR’s passenger revenue and journeys have been adversely affected by strike action during the period.”

Passenger numbers were down 0.5 per cent in the first quarter of the company’s financial year – July, August and September. Passengers revenues fell 3 per cent during the same period.

The company runs two other rail franchises – Southeastern and London Midland – both of which carried more passengers and took more in passenger revenues.

Another strike is due to start later this week. Guards belonging to the RMT union will walk out on Friday (4 November) and Saturday (5 November) in their long-running dispute with the company.

The guards were also due to strike tomorrow (Thursday 3 November) but have cancelled the first day of their industrial action and will restrict the strike to the two days.

It will affect thousands of people who were hoping to go by train to Lewes for Bonfire on Saturday, with trains between Brighton and Lewes expected to stop running from midday.

Surrounding roads are also due to be closed. Two bike trains will, though, set off from The Level in Brighton at 3pm and 5pm, with a stop at Sussex University’s Falmer campus. The mayor of Brighton and Hove, Pete West, is among hundreds expected to join the mass bike ride.

Yesterday the RMT held a rally in Westminster where workers were addressed by the Labour Party leader Jeremy Corbyn.