Hundreds of drivers overcharged for parking by phone company

A computer glitch has led to more than 500 drivers being charged over the odds for parking in Madeira Drive this month – a total of £2,473.80. 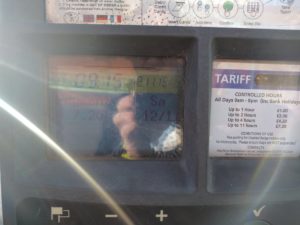 An eagle-eyed motorist who used the PaybyPhone app spotted the error after his friend paid in coins using the meter and was charged significantly less.

The issue came when PaybyPhone failed to update its charges to the winter tariff in Madeira Drive, which came into force on November. It was only when Michael contacted them that the error was noticed and refunds issued. 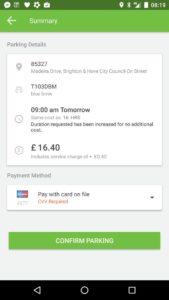 Michael Snasdell said: “I booked to meet an American tattooist who was due to be in Brighton last week. So looked up the fees and saw it would now be winter tariff, so knew what to expect.

“On the Tuesday I was dropping him off in Brighton, so didn’t really check or think about the cost, just saw £11 and thought ouch.

“On the Friday, me and my friend had planned to meet there, so I knew exactly how much I was expecting to pay.

“On seeing the higher fee, and trust the app, I just assumed I had my dates and info wrong, and swallowed the cost.

“It was only later when he arrived, and I mentioned the cost being higher than expected, that we discussed it. And only pure good fortune he had not pre registered with the app, and that we walked to the meter.

“That is when the price difference was noticed, and at that point I was furious, so tweeted the council and Pay By Phone.

“They assured me that they are going to notify everyone affected by it, and issue refunds.

“The council have been very responsive on the matter, for which I thank them, but would like to see them put some pressure on Pay By Phone to get the matter both made public so ALL affected can be refunded, and for Pay By Phone to be transparent in their findings of how wide spread, and how long this matter has been ongoing.”

A council spokeswoman said: “Five hundred and thirty two customers were over charged a total of £2473.80. The money is currently held by PaybyPhone whilst they process the refunds to all customers who over paid

“Only Madeira Drive was affected, and drivers are now being charged the correct fee.”