More than 1000 city children will soon have safer journeys to school after councillors agreed a set of road safety improvements. 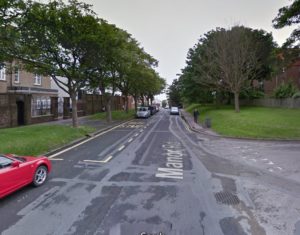 The bus stop on Manor Road is to be improved

A number of junctions and roads in Whitehawk and east Kemp Town will be upgraded and made safer after 12 reported collisions at school journey times from September 2012 to to July 2015 involving pedestrians and cyclists, with five children among those injured.

Pupils and parents from Brighton Steiner, City Academy Whitehawk and St Mark’s C of E Primary were consulted about the changes, which received overwhelming support.

The measures recommended and public consultation results are:

• A refuge on Wilson Ave, south of the Henley Road junction, moving the start of the 30mph speed limit further up the hill north of Marlow Road (85 per cent in favour)

• Move the central island on Whitehawk Road north of the junction with Marlow Road further south, widening it and adding a build out on the east side (92 per cent)

• New pavement on Whitehawk Hill Road between the lower and middle gates of St John’s College, with dropped kerbs (85 per cent).

Councillors agreed the improvements at last night’s environment, transport and sustainability committee meeting. The three schools were selected as part of the council’s Safer Routes to School programme for 2016/17.

However, the work will also benefit other children in the area and the wider Whitehawk and East Brighton communities.

Committee chair Cllr Gill Mitchell, said: “I am delighted that these proposals have been agreed by councillors after receiving a high degree of support from local schools. It means safer routes to and from school for hundreds of our children and their parents and carers, whether they walk, cycle or use public transport.”

Other road safety issues raised during the consultation, including the repainting of road markings, replacing old traffic signals and changes to parking, are also being looked into by council officers.